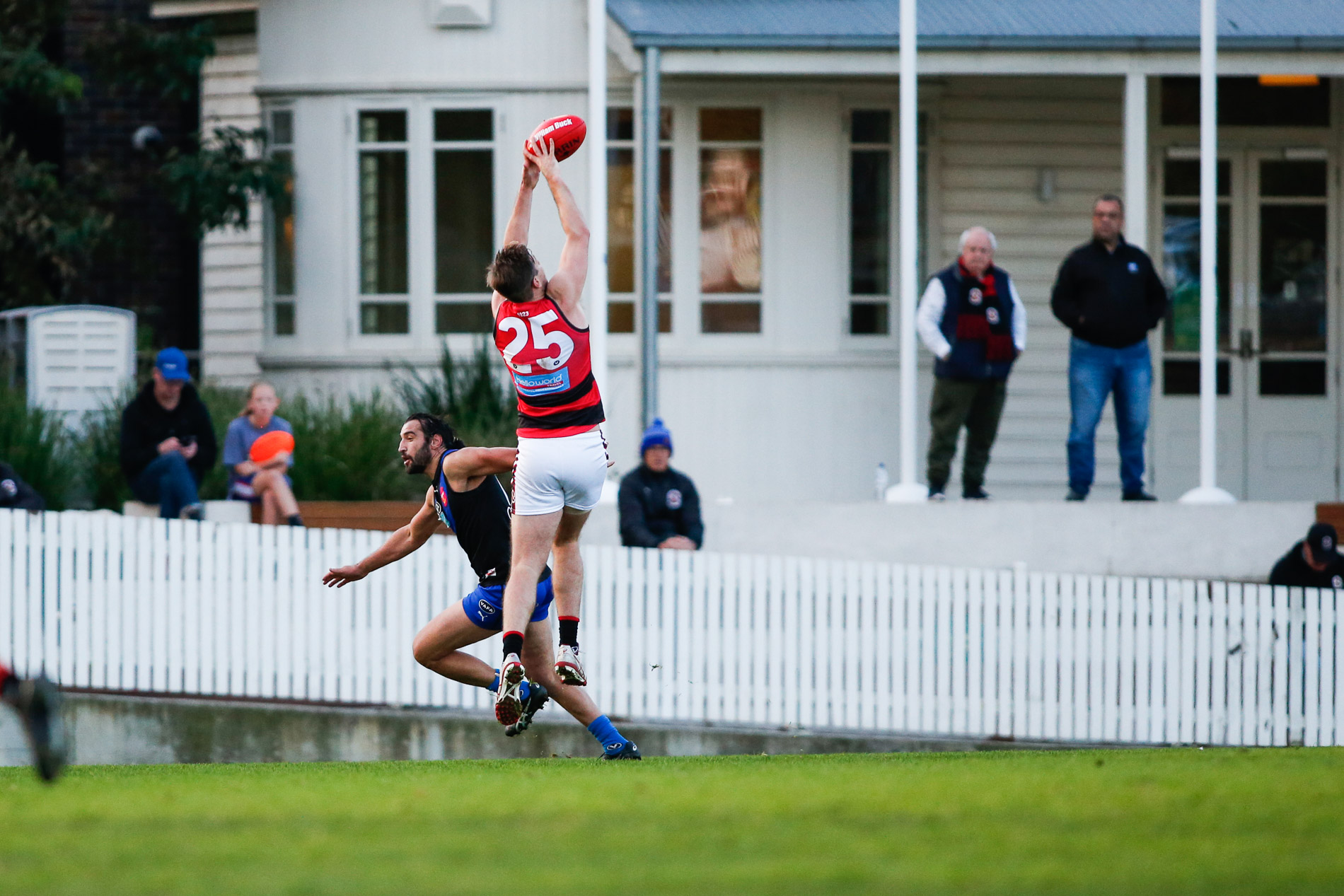 Win some, lose some. That's the story most weeks when our eleven teams take on opponents keen to beat the Red 'n Blacks.

After dominating the third term against Uni Blues but failing to get their noses in front, the opening goal of the final term from Dan Tuddenham gave the Red 'n' Blacks hope that the game was swinging their way. Not so. Blues piled on five goals without response, including three quick ones, before the X Men added their last.

Inaccuracy, particularly from set shots, had cost the Claret and Stout in the first half, and the chances didn't come that often. Xavs' defence held firm for the most part, but turnovers broke up many promising forays forward and proved costly at times.

Ryan Schoenmakers and Ben Banting were strong in defence, and fellow Jackman Will Hams rebounded strongly. Around the ball, Marcus Stavrou and Dan Robinson were strong at the contest, though rarely free of pressure. The forwards zipped in and out of the game. Jack Hewitt was the pick of them, snagging another two goals, but the home team stymied enough attacks to keep the points safe.

The win for the Varsity saw it seize fourth position. They will need to beat St Kevin's next week on the King to ensure they stay there, as Xavs get their first crack against Old Trinity since 2019 next Saturday. Coach Byrne will be hoping the X Men bring more forward heat than they did under the spires.

Next week's clash with bottom ranked Old Trinity will give the Xavs an opportunity to take top position from Old Scotch.

The WOX fought hard all afternoon against Melbourne Uni, but ultimately went down by seven points.

Sophia Rothfield was best in a solid performance from the Red 'n' Blacks, who showed their customary fight against a side that was more experienced.

A tough morning for the Red 'n' Blacks, as they could do little to stop a strong University offence. Maddie Sorrenti was best in a team that always did its best but lacked the experience and fire-power to stay int he game.

The march of the Red 'n' Blacks continued with a massive result at Stradbroke Park. Jude Sassi was best afield and Will Stevens booted five as the Xavs torched the Snow Dogs. Eleven players in red and black hit the scoreboard, and Rushy's Rookies now lead the pack by a game and healthy percentage, which might increase further next week with a game against bottom-ranked Old Melburnians.

A comfortable win for Batty's Boys.

The Reds pounded the Ts, maintaining second spot on the ladder. Twelve goalscorer on the day bodes well.

Fired by a best on ground effort from Oscar Silk and another five goals from Milky Forrest, the Menages kicked away from the Roys in the final term to take the points.

A tight game for the Reptiles, who did enough to get the points against a strong Ts lineup.