Ones and Twos work hard for wins.

Ones and Twos work hard for wins. 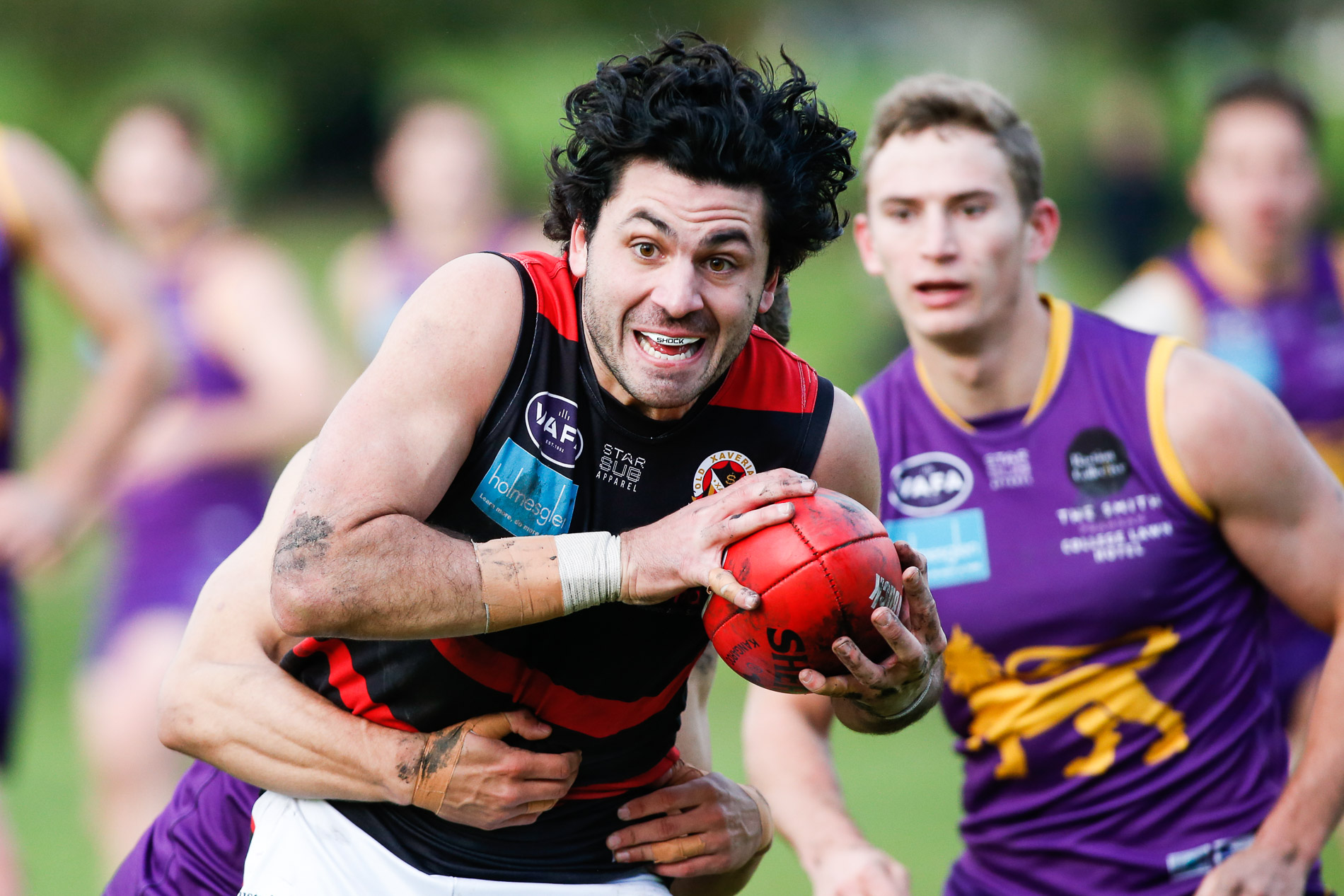 Seniors and Reserves get the points after tough clashes with Collegians.

Ground conditions at Harry Trott were better than expected, but the northerly wind proved tricky as the Old Xaverians attempted to win their eighth of the campaign. Home team Collegians has found this season a struggle, and with many of its finest watching from the sidelines due to injury, was behind the eight-ball from the beginning.

Except it didn't seem that way. The Lions were energetic in the first term, and their four goals exposed a sluggishness in the visitors' approach. When the Red 'n' Blacks got moving, they looked the better team, but the Lakers' persistence was usually enough to stifle the visitors. The X-Men would have been happy to see the opening quarter end with just a fourteen-point deficit.

The Claret and Stout fared better in the second term, establishing some early superiority and then taking the lead. But the Purples refused to go away and had edged  to a narrow lead as the hooter sent them off for the long break.

The third term was do-or-die for Collegians, who needed to kick away with the wind to have a real chance at victory. Instead, it was Xavs who kicked three goals to set up the victory. They added another early in the last and one might have been forgiven for asking 'how far?'. But the cues went in the rack and it was the home team that won the term, though not by enough to give them the points.

There were few stars shining in Red 'n' Black, though Denis Symeopoulos and Sam Ralph, who hitherto have had somewhat frustrating seasons, were among the best. Fraser Pearce was reliable again, doing everything asked of him on the ground where he debuted in 2016. Julian Soccio looked composed, even when working at his hardest, which is almost always. Rookies Jack Whitehead and Charlie MacIsaac performed feats at different ends of the field and ensured the four points on offer were eventually pocketed.

Xavs have now won seven of their last nine at Harry Trott, but in most of those wins, have had to work extremely hard for the reward. That was the case on Saturday. Now for the infamous VAFA double-bye, surely one of the most ludicrous concepts in all of Christendom. St Kevin's, fresh off their biggest win of the season, will be cherry-ripe for their trip to Toorak Park on 24 July.

Chachi's Charges galloped away early against the Lions, settling the premiership points issue very quickly. The percentage calculation was another story entirely. After the first break, Collegians outscored the visitors six goals to four, and brought the final margin in to just sixteen points. Matt Handley and Charlie Simmons proved strong targets up front, while Tom Hart continued his strong season performance to gain BOG honours. The left-legged midfielders Sam and Crocker and Louis Denton performed capably, while Ben Scala and James Langford were also prominent.