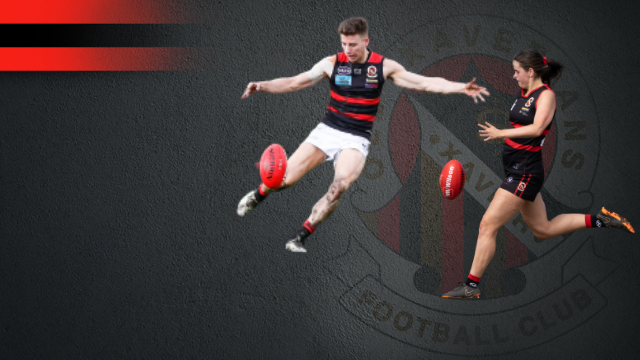 The 2022 VAFA Premier section schedule is public and coaches can begin plotting their course through the season.

There are four byes – Easter after two rounds, Queen’s Birthday after nine, and then the double bye after Round 11.

As usual, there nine games at home and nine on the road. With no promotion or relegation after the 2021 half-season, the venues for eight of the road games remain the same, with the exception being that SKOB, celebrating Foundation Day, will play the Red ‘n’ Blacks at St Kevin’s College rather than at TH King.

Last time the Claret and Stout met the Tricolours at Monga Road, they snatched a memorable victory in the dying minutes. Conditions were atrocious and the X Men had a few missing. That was in the corresponding round of 2005. Xavs won the flag that year, and SKOB finished bottom.

As was the case this year, Xavs open the season at West Essendon, and will then return to Toorak Park for a two week homestand to take on Old Brighton and Old Melburnians.

The fixture’s biggest anomaly is the four-round break between the home and away clashes with St Kevin’s.

Also notable is the run home. After the double bye, Xavs meet St Bernard’s at home, then are away for two, home for one, then again away for two before returning to Toorak Park for the R18 clash with Uni Blues.

Again, Premier football rolls out a strong roster of competitors. At this stage of the year, there don’t appear too many easy Saturday afternoons, and a fast start to the year will be essential.

The WOX fixture is also out. Women’s Premier in 2022 will be different in a number of significant ways.

First up, Melbourne Uni has been promoted and with no relegations, there are nine teams competing for the flag.

The number of games has also increased from 14 to 16, with the odd number of teams extending the season to 18 rounds, with two byes apiece in addition to the Easter, Queen’s Birthday and July byes.

The season is scheduled to open on Sunday 3 April, when the eight teams competing in R1 will all play at Elsternwick in a celebration of Women’s Football. Xavs are drawn to play Melbourne Uni to open the season.

All WOX home games have been scheduled for Saturday at Greythorn, though it is possible we will see some changes.