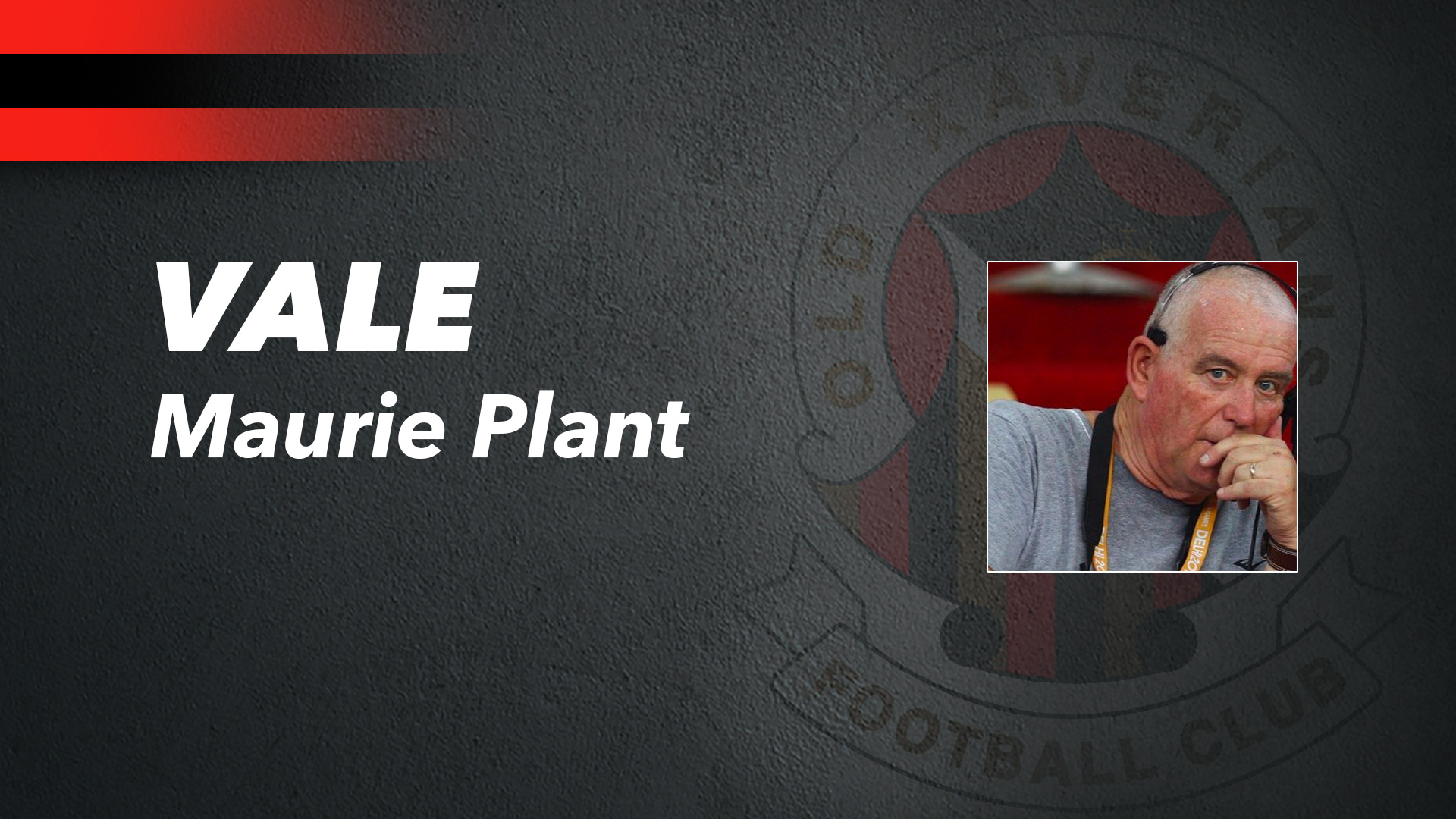 The Old Xaverians Football Club is deeply saddened over the passing of Maurie Plant (OX ‘71) at age 66.

Maurie was the son of Joe Plant (OX ‘25), who became a prominent sports coach at Xavier.

A sprint star at Xavier, Maurie never let go of athletics. He was to achieve renown worldwide as a colourful and relentless promoter of track and field competition, a coach, agent, manager, and as a commentator with the BBC.

He was a mentor to a generation of top Australian athletes and forged friendships with many top international Olympians.

Maurie played just five games with the Old Xavs in the 1970s, but regulars at Toorak Park over the past twenty-five years will be familiar with his booming voice. When the great man was in the house, few failed to recognise his presence, certainly not those umpires and opposition players who were targets of Maurie’s witty, good-natured, but voluble barbs.

He and wife Kate had three sons - Ben, Toby and Rory - all alumni of Kostka Hall and Xavier. Ben is currently an OXFC player of long-standing and Toby played U19 with the Red ‘n’ Blacks. Maurie’s brother Michael was an assistant coach and a premiership coach with the Xavs.

Our most sincere condolences to the Plant family, to Maurie’s friends and colleagues.

Eternal rest grant unto him O Lord, and may perpetual light shine upon him.

Please be advised that the Funeral Service to celebrate Maurie’s life will be held at St Ignatius Church, 326 Church Street, Richmond, on Wednesday 29 January at 10.00 am. No flowers by request. A private cremation will follow.