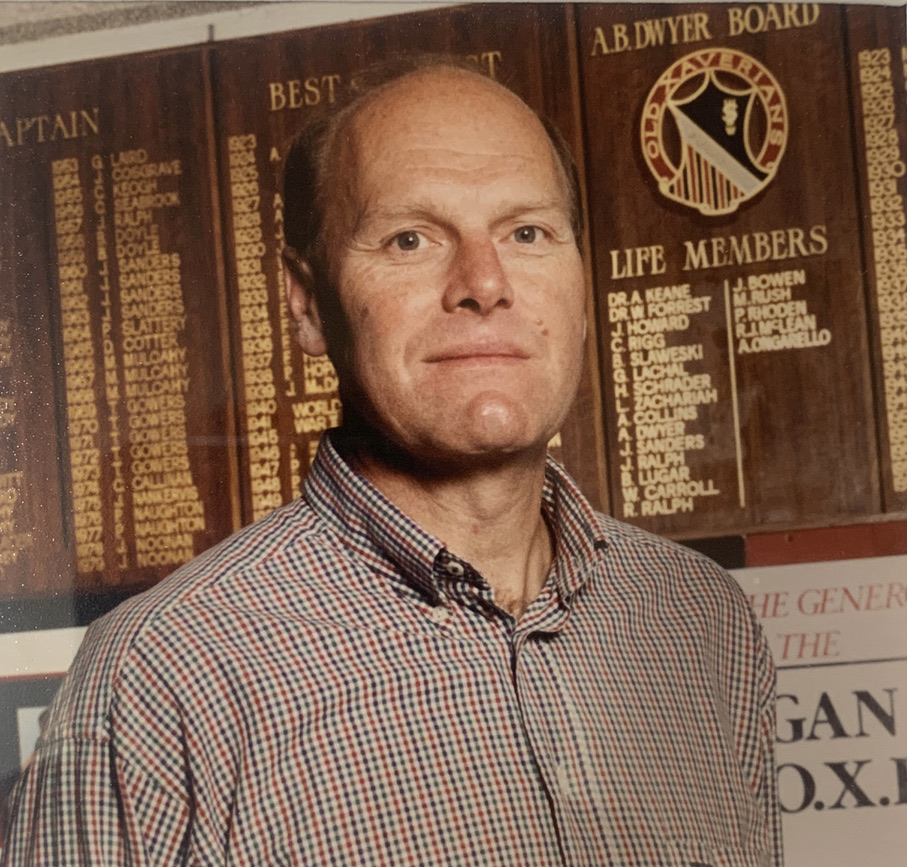 Peter McDonnell has spent more than two decades tirelssly serving the Old Xaverians. Educated at XC, he played his football at De La before re-igniting his passion for the Red and Black jumper through his sons James and Jeremy. A highly-admired team manager of long-standing, Peter has the reputation for doing what needs to be done, without complaint or hesitation. Universally liked, he was awarded the Denton in 2004 and continues to help out when he sees a job that needs doing.