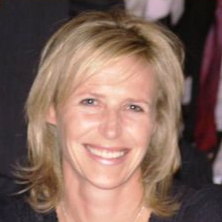 Davina Connors commenced with the OXFC in 1989 as a trainer and for a decade she treated the walking wounded. She joined the club committee in 1998, became vice-president in 2000 and president in 2002, in which capacity she served for three years. Her election to the chair resulted in much publicity for the Old Xavs. A magnificent organiser of social events, she was a prime mover in the club's 75th anniversary celebrations, numerous banquet auctions, season launches, President's Dinners and Ladies Lunches. After stepping down as president, Davina served on the VAFA Board and on her resignation, returned to Xavs to play asignificant role in the establishment of the WOX.