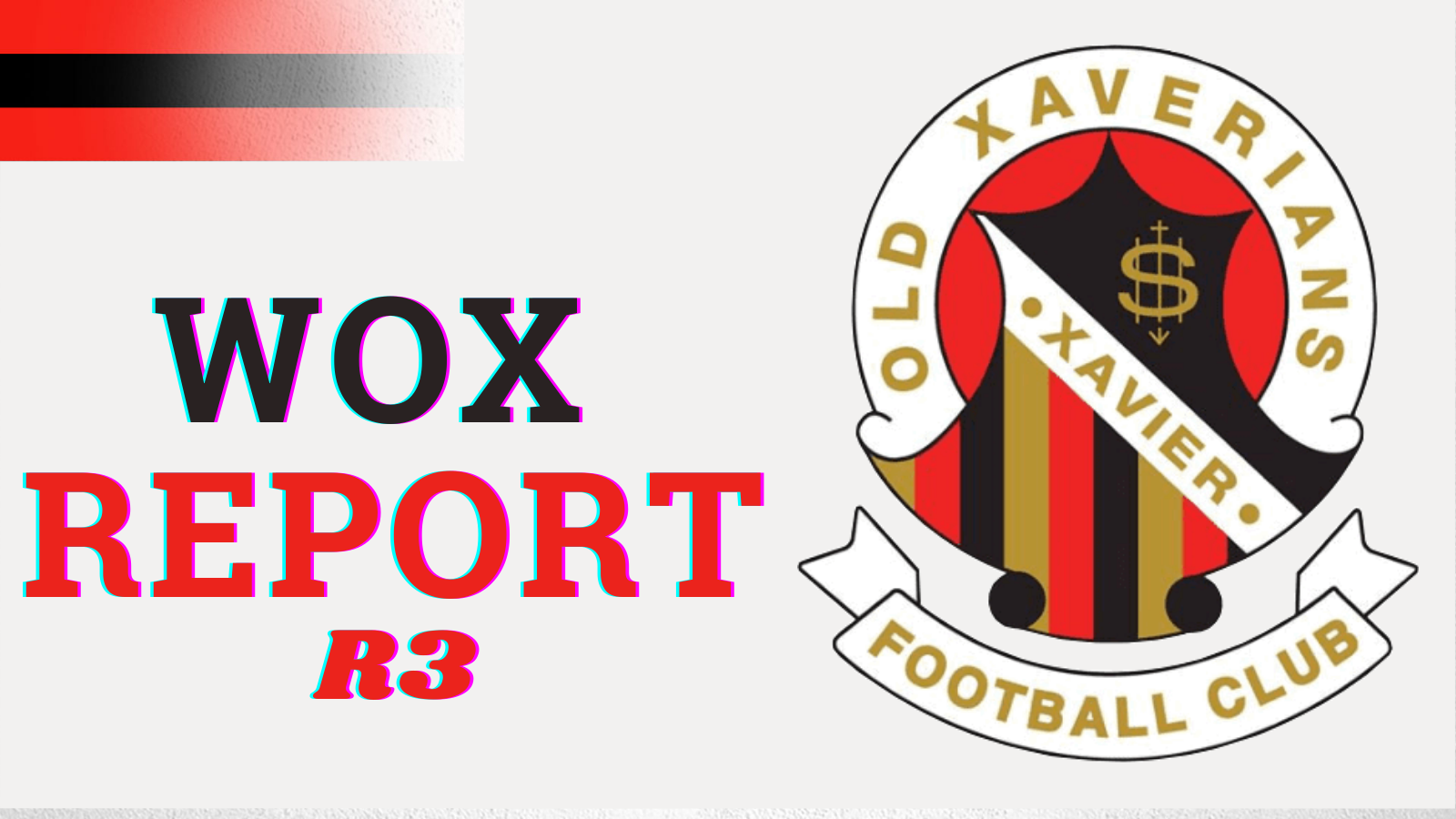 No joy for the WOX this week, with both teams going down to proven powerhouse Marcellin.

Gowans Girls were hit hard early as the Sheagles attacked relentlessly in a powerful performance. The Red 'n' Blacks found scoring difficult all day against one of the best teams in Women's Premier. Still, there will lessons learned from this and our committed WOX will continue to show improvement.

BREAKING: The VAFA has awarded last week's game against Kew to Old Xaverians, with the home team fielding more players than is permitted.

Sometimes the scoreboard does not reflect the effort, and the WOX battled hard all day against a very strong team. Better days are coming soon.