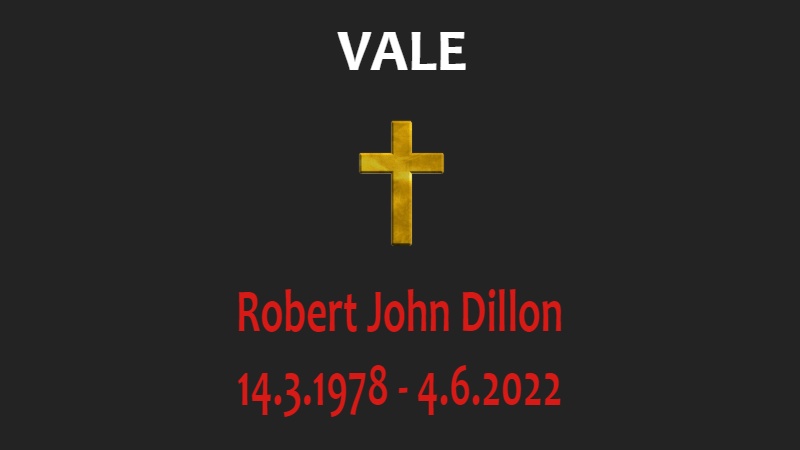 It was with great sadness that we learned on Saturday that Rob Dillon had died after a long illness, aged just 44.

Described once as a Tony Shaw type, but with a longer kick, Rob (back row, second from left) was a valuable premiership player in 1999 and 2000 in the Tim O’Shaughnessy-coached teams that beat OMs and St Bernard’s. He played in the Reserves premiership of 1998.

His 99-game career with the Red ‘n’ Blacks wrapped around a few years playing with Uni Blacks.

Rob (pictured third from left) also played a vital role in the 2013 senior premiership, where he manned the board for Nick Bourke and Dom Berry and proved a wiz with the stats.

Rob was one of Alison and former VAFA President and long-time Xavs member John Dillon's six children. He had two sisters, Marion and Chrissie, and had three brothers who were also former OX players: our six-time senior premiership player and life member Andrew, and 1992 U19 premiership player Michael, and John.

Our most sincere condolences to the entire Dillon clan, and to Rob’s many friends and former teammates.

May he rest in peace and may eternal light shine upon him.

A Requiem Mass for the repose of the Soul of Robert John Dillon will be offered at St Ignatius Catholic Church, 326 Church Street, Richmond on Friday June 17, 2022 at 2.00 pm.

To view Robert's service by Livestream please follow the link below