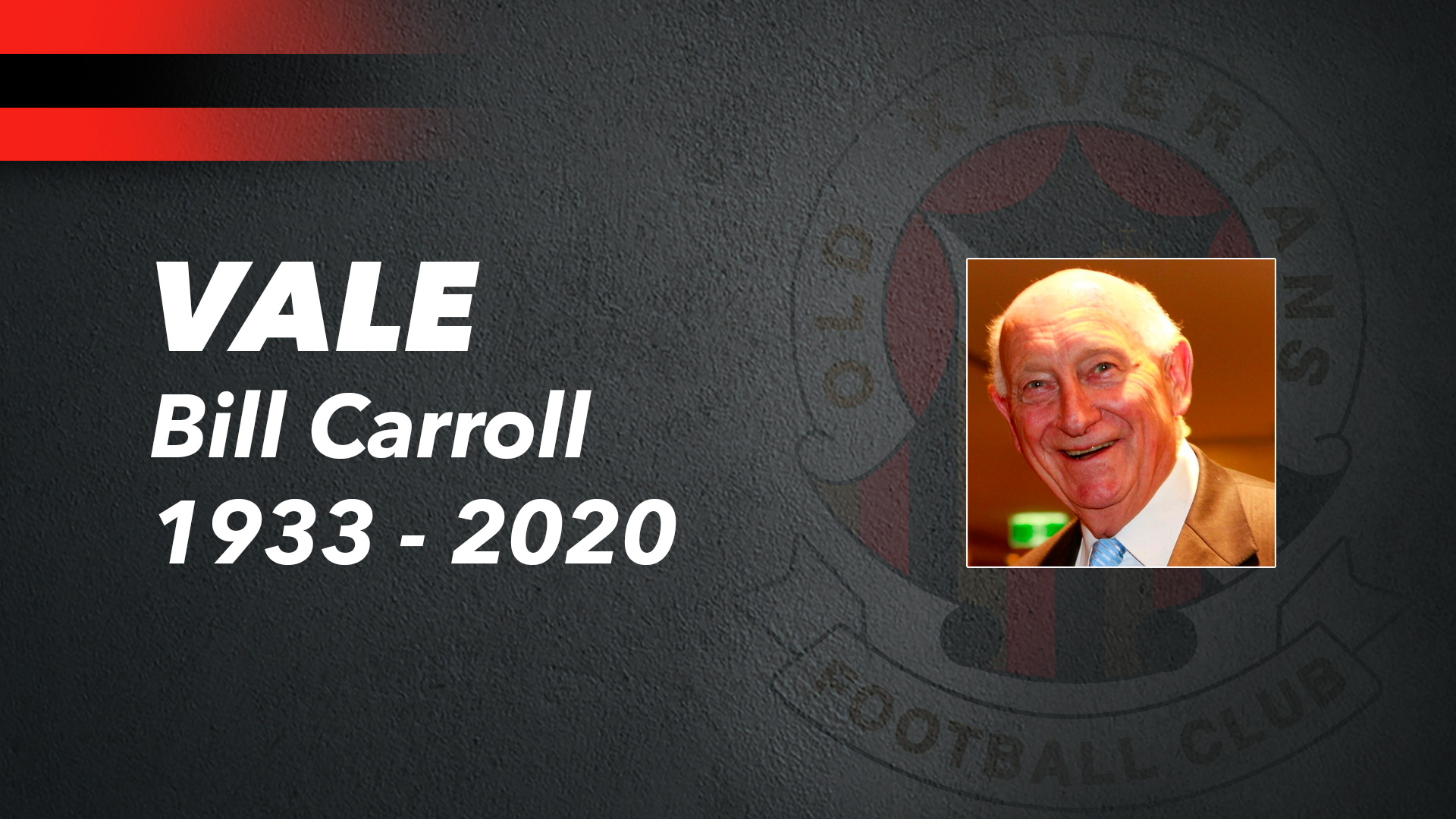 The Old Xaverians Football Club is saddened by the passing of one of its esteemed Life Members and true greats, Bill Carroll.

Bill attended Xavier and graduated in 1952. During his years at Barkers Road, he had impressed on the Roche with his off-spin, but did not catch the eye of the football selectors.

That didn’t stop him playing 120 games with the Old Xavs, though regular hamstring injuries prevented him from quite a few more. A long-kicking full-back and sometime ruckman, Bill served the club well on-field.

In the summer months, Bill continued to ply his trade as a slow bowler with the Old Xaverians Cricket Club. His contribution there was such that he was awarded life membership there too.

Bill also served as Vice President of the Richmond Football Club in 1983-84, recruited by then-President Ian Wilson for his expertise as a legal practitioner.

His legal work began at Frederick Owen & Associates. The firm had a few name changes along the way to becoming Carroll & Dillon, where he worked with John Dillon, father of club life member Andrew. The partnership was a longtime corporate partner of our club and through the years employed a number of Xaverian law graduates as articled clerks.

Red and Black to his bootstraps, Bill was a regular at Toorak Park until he became ill a couple of years back. His courtesy, good humour and kindness have already been missed. He was, as one described him, “one of the more venerable and towering oak trees that make our club special.”

We thank Bill Carroll for his service to the Old Xaverians Football Club, which spanned seven decades. He will be long remembered.

Our deepest condolences to Bill’s daughter Lindsey and his son James on their loss of their father, and to all who loved and liked Bill for the great man he was.

Bill’s funeral will be privately held in early June.