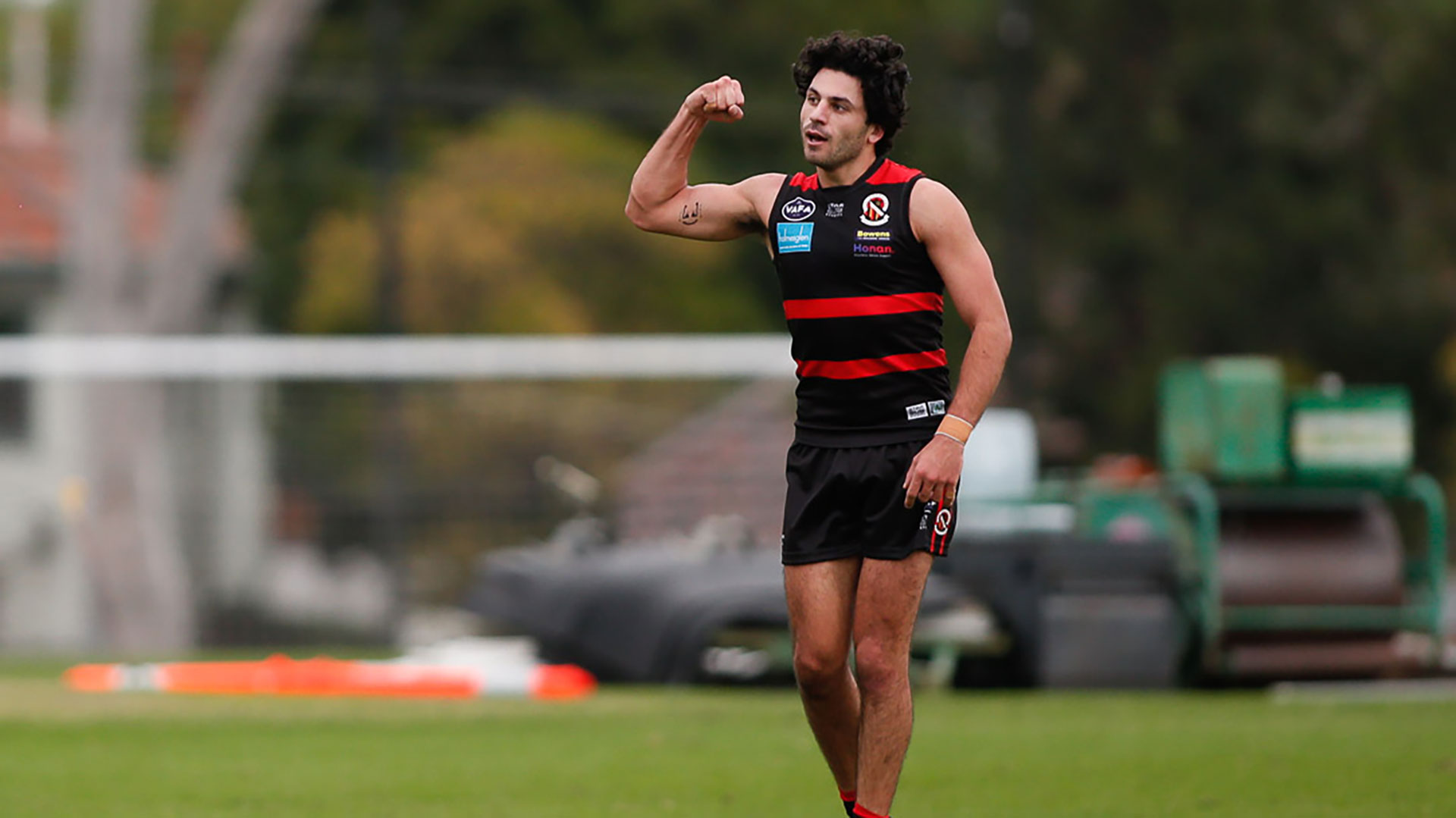 We are delighted to announce that Marcus Stavrou will lead the team, and we believe he will lead it very well,” said Cosgrave.

“In addition, we can reveal that we have selected three vice captains to assist Marcus: Tom Anderson, Alex Browne and Jason Holmes, all of them dedicated team players with a passion for our club.

“In making our determinations, we heeded the advice of our football department. The players were informed by Coach James Byrne of our choices this evening and judging by the reception, we’ve pulled the right rein.

“Our heartiest congratulations to Marcus, Tom, Alex and Jason on their appointments,” Cosgrave said.

and the quartet selected to lead the Old Xavs in 2021.

Old Xaverians' leaders have always understood that with the honour comes a responsibility to their team and their teammates, both on and off the field.

I have no doubt that these young men will respect that tradition and lead by example.

Such is their influence, I know that their teammates will respond accordingly.

‍Stav epitomises everything we want in a player and in a leader of our club. He has a strong presence, is calm under duress and is very competitive.

Marcus makes his teammates stand taller and in his short time at the club has stamped his leadership claims with strong performances, especially in our two 2019 finals.

I believe “leadership is not demanded, but earned” and Stav, a person of great character, has earned it. He has a maturity beyond his years, is highly respected on and off the field by teammates and supporters.

Marcus has the potential to become one of the greatest Old Xavs captains - and we’ve had some really great ones – and I look forward to his leadership in 2021 and for many years beyond.

‍‍Tommy is another fierce young competitor, one whom his teammates love playing alongside.

They know Tom will attack the football hard every week and at every contest.

He has the total respect of the playing group, shows real care for his teammates on and off the field.

Tom is just a super Old Xav who will really blossom now that he has been recognised officially as one of our leaders.

‍Even though we are yet to see the class and ability of Browney on a regular basis, I believe 2021 will be a great year for him.

He provides the playing group and the leadership team with a steady head and strong knowledge on game style and plays team-first football.

A first-class individual and player, Browney has the respect of the playing group and the coaches,and he will play a huge part in helping achieve our desired standards on and off the field.

‍Holmesy personifies our team-first attitude and is loved within the Old Xavs inner sanctum.

He has been, without a doubt, one of the best ever recruited by the Old Xavs.

He is a terrific individual with infectious enthusiasm. He leads from the front every week, evidenced by his first and second places in our B&F award over the past two seasons.

Jason is a keen student of the game and will be a great support to our younger leaders and to the whole team.