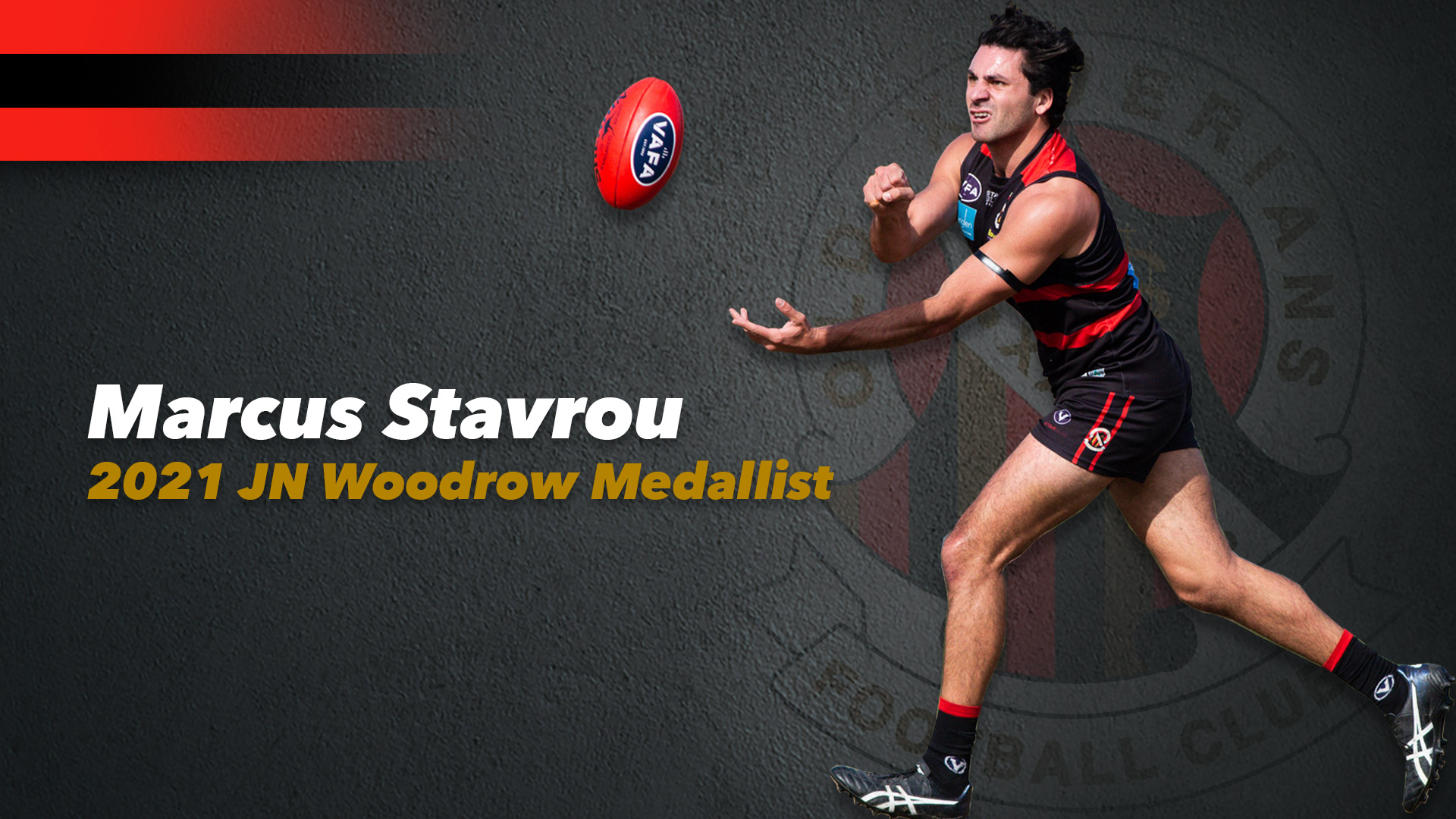 Marcus Stavrou has won the 2021 JN Woodrow Medal for the Best and Fairest player in VAFA Premier football.

The Old Xaverians skipper won the Woodrow, with 14 votes from 11 games.

Stavrou polled four 3s, and a 2, to win from Dave Mirra of Collegians (13 votes)and Gus Borthwick of Old Melburnians on 12.

The captain was named BOG in the R3 crushing of St Kevin's, picked up two votes when the team's last quarter lunge at Uni Blues fell a few points short, and then came home with three bests in a row, against St Bernard's, Collegians and Caulfield Grammarians.

First awarded in 1927 on the votes of the umpires, the Woodrow Medal has been won previously just five times by Old Xaverians players.

Stavrou, appointed captain for the 2021 season, had a brilliant first year leading the Red ‘n’ Blacks. He proved a natural skipper, showing the way by example, but also using his voice to encourage his team to greater heights.

He led the VAFA Premier Section in four statistical categories, was second in five and third in two.

“We saw a bit of Stav in 2019. We saw enough of him to appoint him captain this season and what a stunning season he had,” the President said.

“Two weeks ago, two of our budding stars shared the U19 Newbury Medal. Harrison Bell and Dan Tuddenham had brilliant seasons and we’re delighted the umpires recognised this.

"Marcus Stavrou’s Woodrow win is our club’s first in 24 years and we are glad the men in lime green could see the genius in our skipper’s performances this year," said Cosgrave.

The Old Xaverians Best and Fairest Evening will be held on Thursday 7 October, hosted online. Stay tuned for more details.