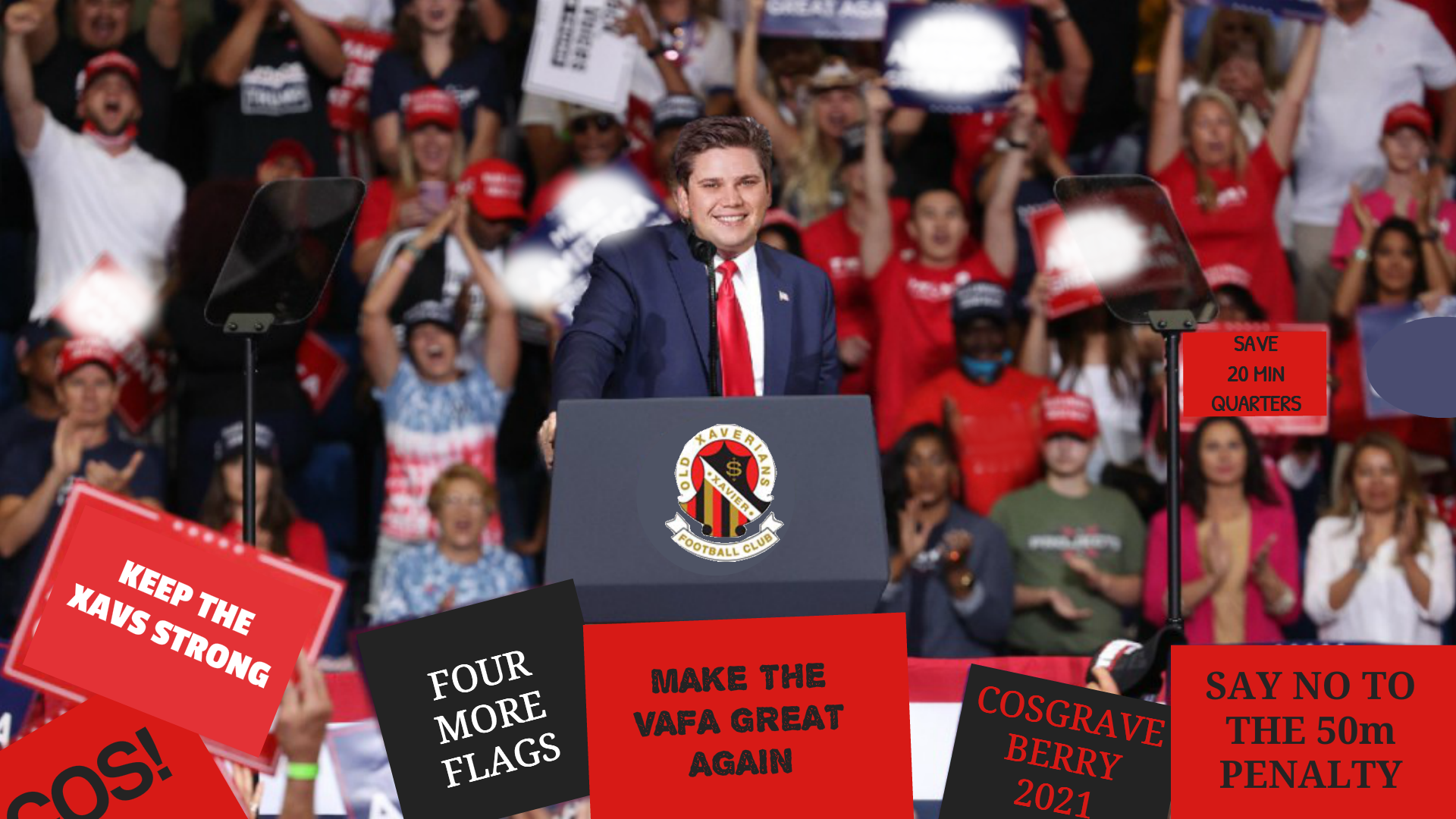 HAIL TO THE CHIEF.

Matthew Cosgrave was re-elected as President for a fourth term and will enter the new year with a committee that has changed only through enforced unavailability.

"We're losing Chris Meehan, Mike Beardsley and Ziggy Liszukiewicz, all of whom have contributed something special in their time at the table. Pressures of work and family have forced their resignations, but all three have indicated their willingness to continue working on particular projects," Cosgrave told the meeting.

The President also noted the strong contributions of the 2020 committee, especially Treasurer Marina Stevenson, whose efforts ensured a solid financial result, despite the obvious problems created by a lack of football and subsequent slide in revenues for corporate partnerships and memberships.

"We are forever grateful to those who continued to support us.

"I'm delighted that two very great Old Xaverians, Andy Barrett and Nick Hulett, have won election to the committee. Each brings expertise that we value and we can use. Andy's legal background and Nick's expertise in communications will prove boons. These two played a combined 353 games for the club, many of them together.

Cosgrave also thanked the efforts and the patience of the players and their coaches and club staffers Marcus Allan and Paul Newton.

"The fruits of their efforts will be evident soon enough," Cosgrave said.

Cosgrave said that the club had accomplished quite a deal this season and made mention of some of the work program undertaken:

-       The new website - A big thanks to James McElhinney (Watson Street) for his efforts along with our veteran webmaster Michael Fitzgerald.

-       A communications rebranding, with a big job by Nick Hulett

-       A new partnership with Converge, which will provide us with the best player-wellbeing program in the VAFA.

-       A rebranded Boots N All Business Network to be launched in the new year.

"I'm humbled to again lead the club. We all look forward to the return of football in 2021 and to a big, strong club that flourishes like it should," Cosgrave said.