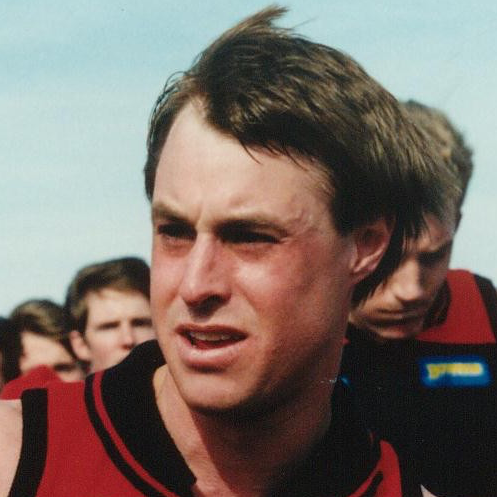 John Bowen was a hard-running utility player who retired in 2003 with seven A Section necklaces to his name. He was one of four players to play in each of the Straight Six between 1995 and 2000 and mounted the dais alongside brother Andy to collect his seventh in his final outing. Strong overhead, balanced and effective with either foot, he was a fixture on the far wing at Elsternwick in September. 'Spatch' served on the club committee for a number of seasons and remains a strong supporter of the Old Xavs through Bowens corporate partnership. Was a Best and Fairest winner in 1999.