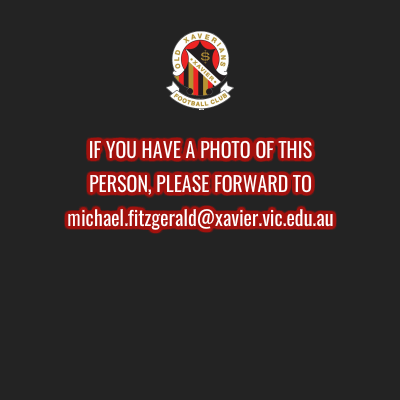 Charles Rigg was an extraordinary man. He had attended Xavier from 1881-83 and became a successful business man. During the Depression, it was Rigg who sustained the club during desperate times. He was known to attend the AGM, find out the level of debt, then write a cheque to cover that amount plus enough to cover the club's affiliation fees the following year. Thus, Rigg might well be regarded as the club's first 'Owner.' He was a regular at games, home and away and loved the club. On his passing, he left his entire estate to Xavier College. The Rigg Wing and the Rigg Quad are named in his honour and, for a long time, he donated the Xavier College prize for mathematics.