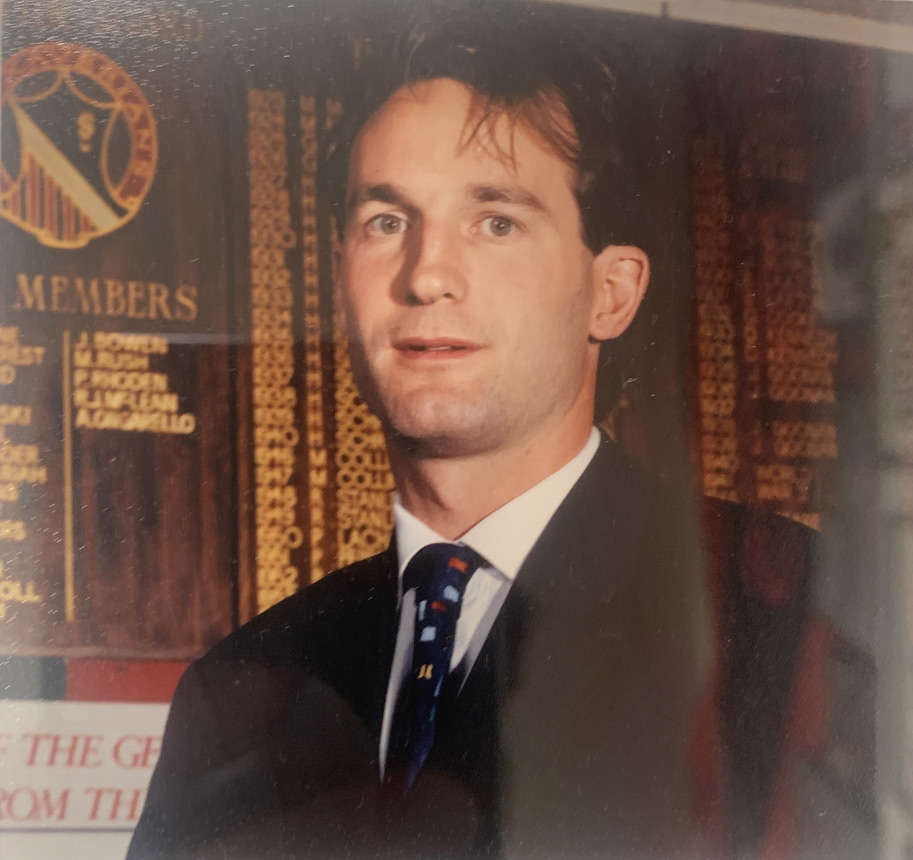 As a player, Andrew Dillon was a long-striding pacy onballer and defender and one of the four players who featured in all of Old Xavs' straight six premierships between 1995 and 2000. In his final two premierships, he played alongside his brother Rob.

Creative and fearless, Dills played 290 games in Red 'n' Black, commencing in 1989. He represented the Big V on many occasions, and served on the club committee for a number of years, during which time he oversaw the overhaul of the club's constitution.

Universally liked by his contemporaries and younger players arriving at the club, and admired by the club's legion of supporters, Dills made an indellible mark on the culture of the club.