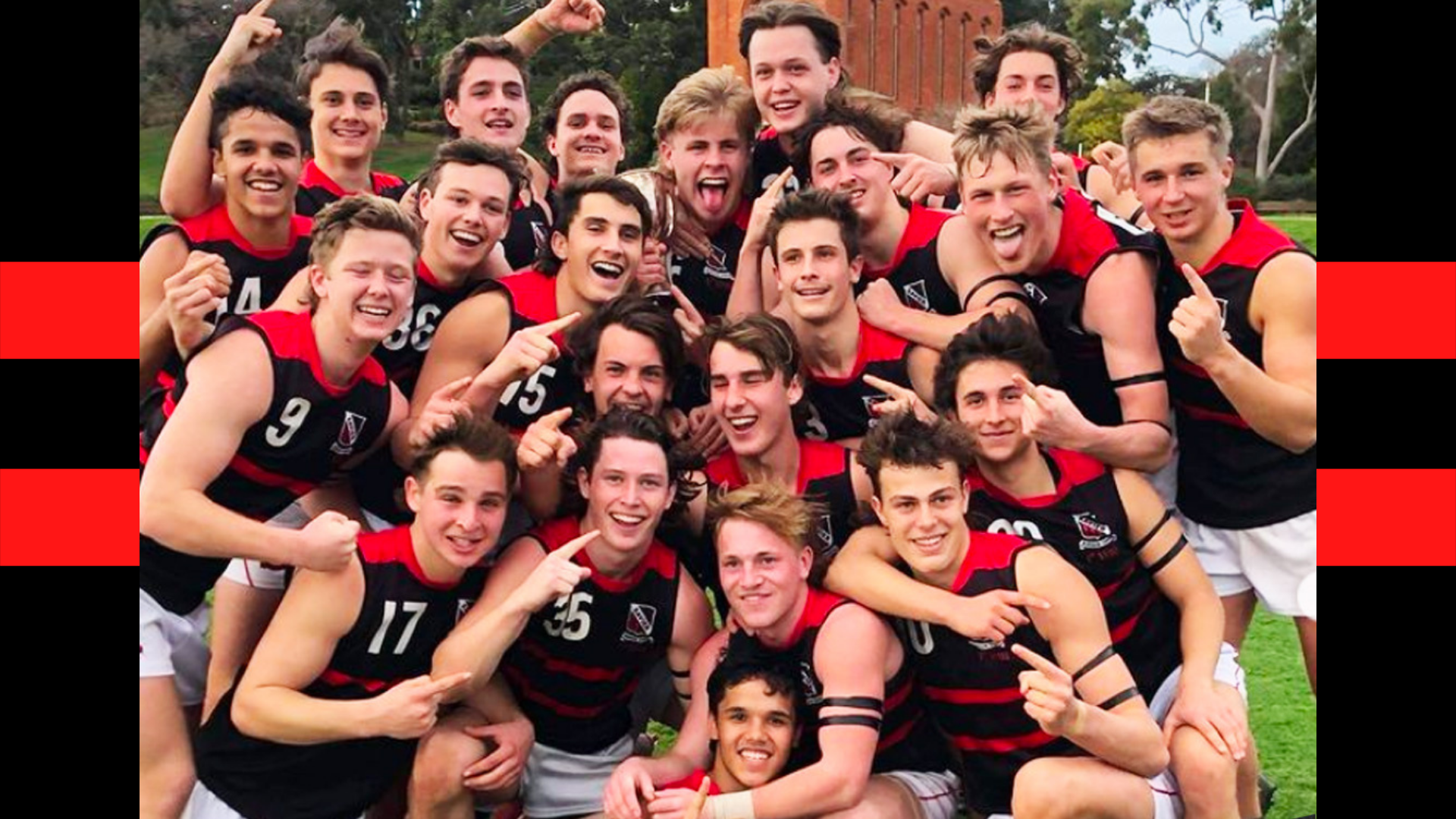 Xavier College has won the APS Football Premiership for the first time since 2003. It was XC's 30th football premiership overall.

The Red and Blacks completed their COVID-shortened six game season undefeated, the only school to do so. Caulfield Grammar was one game back in second spot.

The OXFC maintains a strong relationship with its alma mater and had several links with this premiership team. Its coach, Sam Shaw, was twice U19 premiership coach with the Old Xavs, and Xavier College Head of Football, Matthew Egan, is also our club's Head of Development.

The Xavier team began its season on Anzac Day weekend with the narrowest victory over Carey.

In Round 2, it pulled off another narrow win over Haileybury.

In Round 4, the Xavs belted Geelong Grammar and remained one of only two unbeaten teams.

The Round 5 battle with Melbourne Grammar delivered another big win.

Round 6 wasn't played, and Round 7 saw Xavier have the bye. Round 8 was also cancelled.

And so to Round 9, against the also unbeaten Scotch. In a low scoring affair, Xavs again took the points.

With the final two rounds cancelled, Xavier was awarded the APS premiership.

"Winning the premiership is a significant achievement for these young men and i'm sure they will long remember it. We look forward to celebrating this win with the team and hope that many of them will continue their football lives as teammates at the Old Xaverians.

"We're delighted that the hard work of our former U19 premiership coach Sam Shaw, our Head of Development Matt Egan and our great friend Alex Johnson has paid dividends this season.

"Our club will always rely on Xavier graduates and a strong football program at Xavier is vital to our future," Cosgrave said.