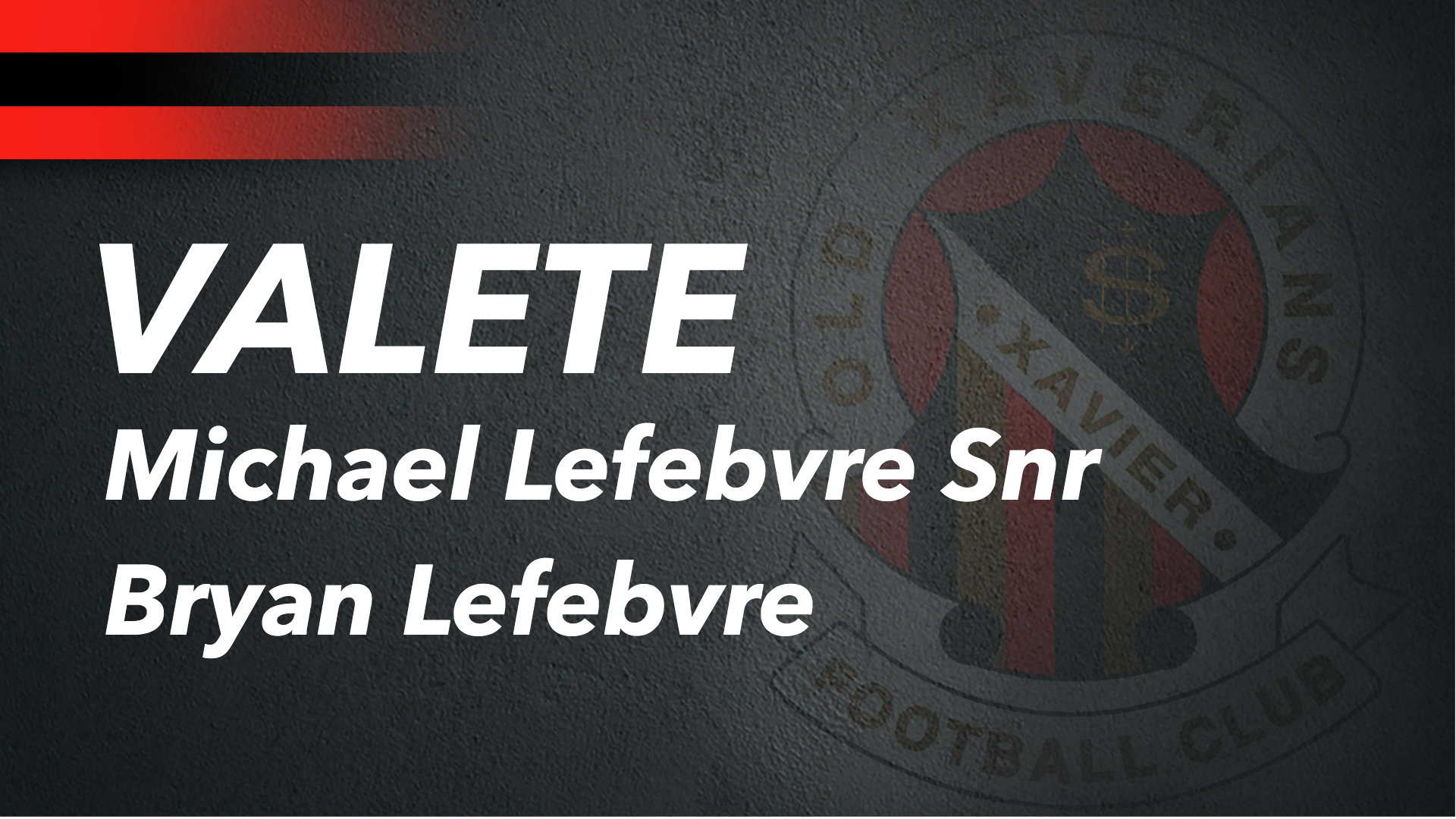 The Old Xaverians mourns the loss of two of its oldest brothers, Michael Snr and Bryan Lefebvre, who have passed away within weeks of each other. Teams will wear black armbands on Saturday in honour of the pair.

Mike Lefebvre Snr died suddenly on Saturday. He had turned 90 in February.

Whilst he acknowledged his own football skills were limited, his love and passion for the game and our football club saw his association with the Old Xavs begin in 1949 with his off-field involvement as trainer and committee member, including stints as Vice President, that continued for thirteen years, until 1962.

During his time he contributed to the establishment of the Old Xaverians Football Club Newsletter, which was later named the Ungar – a precursor to today’s Lugar – and was editor for a number of seasons.

He was also involved in coordinating many club fundraisers to keep the club going during a challenging period in its history.

He maintained his involvement as a member of the club in his latter years and was to have featured as a guest on the Hoorick Hoorah podcast before a snap COVID lockdown late last year.

Michael joined the club when we had one senior team and was there for the introduction of the reserves in 1960.

He was amazed and impressed at the recent growth of our club from one team, in his day to 10 teams today and delighted that the Old Xavs had established Women’s teams.

He took great pride in being awarded Best Clubman in 1955 but was prouder to have sons, Mike Jnr and Paul, together with grandsons Sam, Nick and Ben, represent the club on the field.

As a nod to his contribution, he was named Head Trainer in the club’s Team of the Century, in 2000.

He played exactly one game in Red 'n' Black, pulling on the boots when the team was short in the final game of the year. Late in the piece, he had the opportunity to win the game for Xavs, but a poorly-sighted goal umpire judged his brilliant snap to have gone over the post. The Red 'n' Blacks had to settle for a tie.

Michael is survived by his children, Mike, Brett, Tina and Paul and his nine grandchildren. His wife Pam died in 2014.

Our condolences to the entire Lefebvre clan.

His life will be celebrated with a funeral mass at Xavier College on Tuesday 4 May at 11:00am.

Bryan joined the Old Xavs in 1950 straight from Xavier and played until 1954.

His career ended prematurely at Alphington when he broke his ankle on a sprinkler after its cover had been removed.

Our deepest sympathies are with his wife Gill and their seven children.

Bryan was the uncle of Michael and Paul Lefebvre.