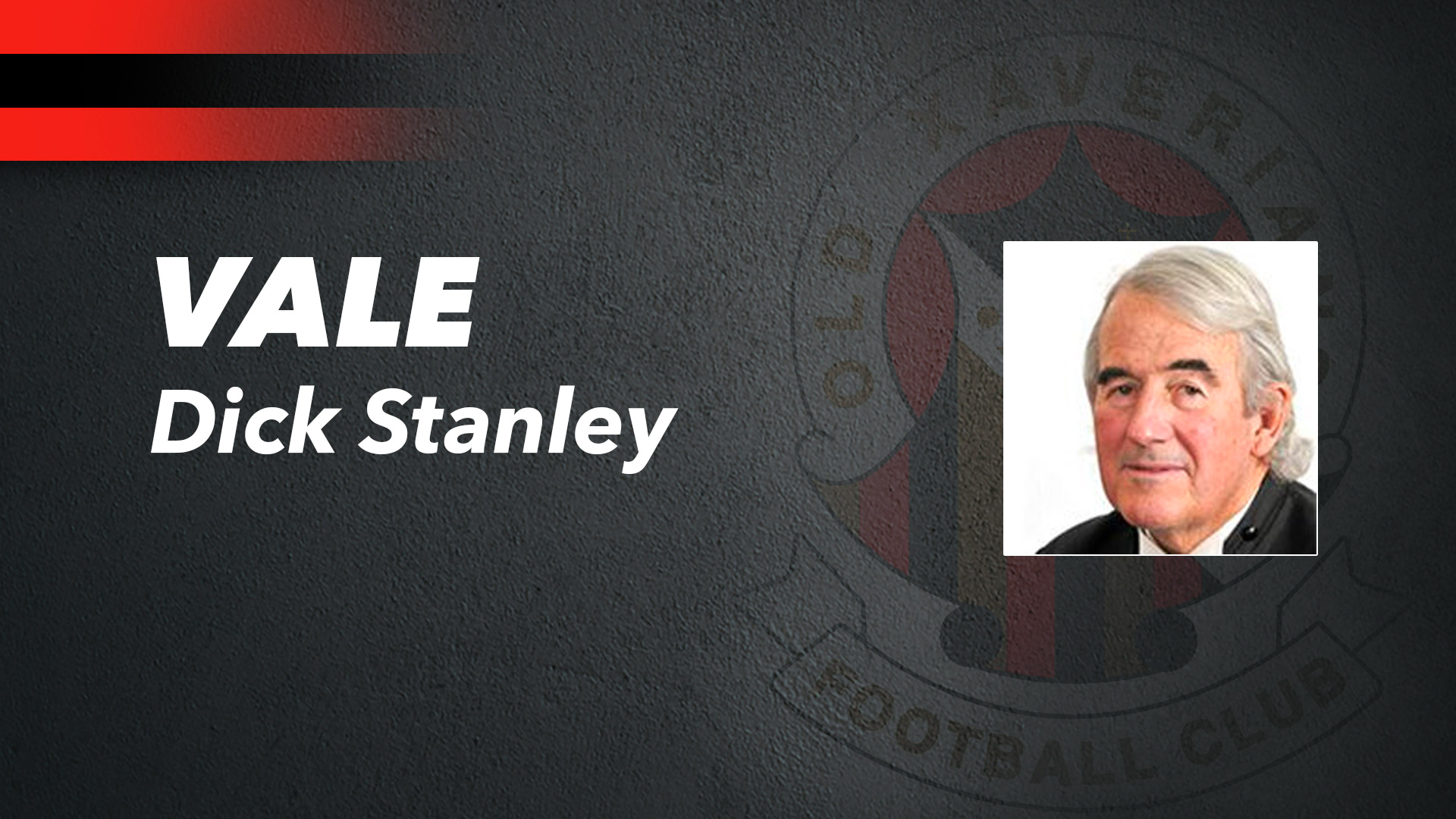 The Old Xaverians Football Club mourns the passing of Dick Stanley, who died peacefully in his sleep on Sunday at the age of 78.

Dick attended Xavier and graduated in 1960. He did two years of matriculation, the first concentrating on pure maths calculus and applied physics and chemistry. In the second year, he studied history and developed an interest in politics.

At the University of Melbourne, Dick took combined an arts degree with law, but soon enough the latter took precedence. His natural eloquence no doubt contributed to his decision to become a barrister.

His eloquence extended to the sporting fields. Dick was a power at the goal front in the Old Xaverians team from his rookie year of 1961 and wasn’t shy in repartee with opposition players. He became a bit of a target for some less genteel opponents, and more than once his Saturday nights were spent in the hospital. However, he always gave as good as he got. He was a member of the 1962 B Section premiership team and also played in the 1964 A Section Grand Final, in which Xavs fell just short in their quest for their first LA Adamson Cup.

Once he retired, he kept his gear in the car for some time in the hope that he’d be called in for emergency playing duty.

Dick was called to the Bar in 1964 and enjoyed a distinguished career, representing clients with great skill in many high profile cases. He took silk in 1983.

Richard John Stanley QC was a strong supporter of the Old Xaverians and a financial member for many years. He was always at home games and never missed a final. His father Jock had played at the Old Xavs and his brother Peter did likewise.

Dick was a much-revered figure at the Old Xavs, and he will be missed.

Our deepest condolences to Dick’s wife Susan, to his children Richard and Emma, to his brother Peter and to the entire Stanley clan.

Eternal rest grant to him, O Lord; and let perpetual light shine upon him.

Funeral details will be added when known.