Four wins to restart the campaign

Four wins to restart the campaign 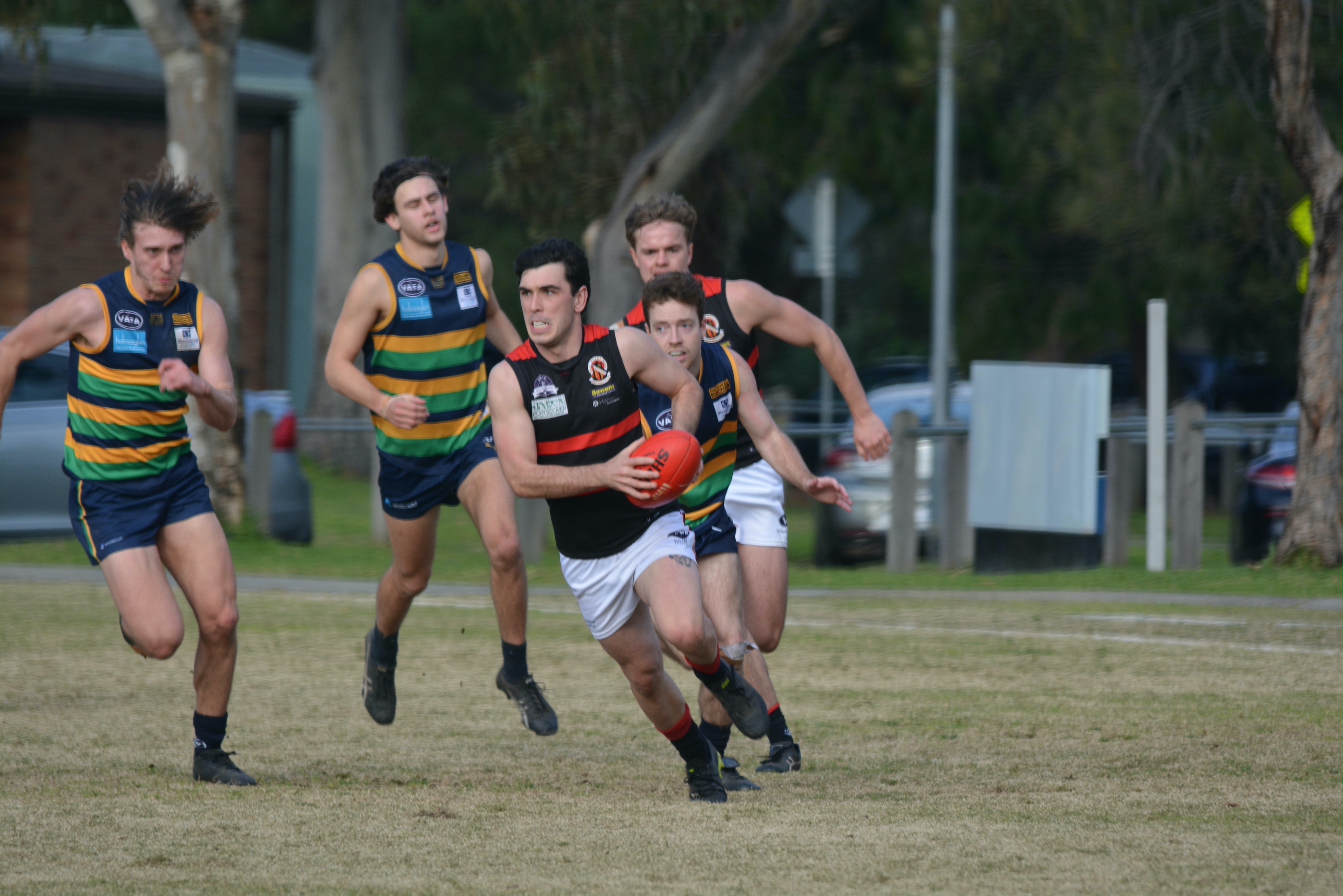 All four Thirds teams recommenced their seasons yesterday and all took the points.

Paddy Phillips was best in the victory and Sam Stynes booted two as the Red 'n' Blacks were all over SKOB in a low-scoring affair.

Next week, the 23s meet Old Geelong, then have a bye, then meet St Kevin's again before the finals. Win these, and top spot appears to be on the cards.

It was a strong four-quarter effort from the Red 'n' Blacks, who have been cruelly restricted by the stop-start nature of the season.

The road ahead looks like this: @ Uni Blues, @ Old Trinity and @ Old Geelong. Things appear to be tougher as each week goes by, but there is yet a solid chance at competing in the final six.

The 'Nages annihilated the Spartans by 125 points in an early finals' warm-up. Hawthorn was no match for the Red 'n' Blacks, as the visitors piled on goals in every quarter.

Jack Buffon kicked five and Michael 'Zulu' Cain three as Nick Nunan's team burned up Rathmines Reserve in a farewell to the home and away season.

Next week, the second-placed Xavs will meet Old Melburnians in the second semi-final.*

The 'Diles were all over the Roys as the home and away season came to a close. Josh Lyon snagged a handful, while Luke Cotchett added three in a BOG effort.

Next week, the Lime Hose meet De La Salle in the second semi-final*. A win with see the Reptiles in yet another grand final, with a solid chance of taking another flag.

U23 PICS FROM BRIDGET WILSON