Just one from three.

Just one from three. 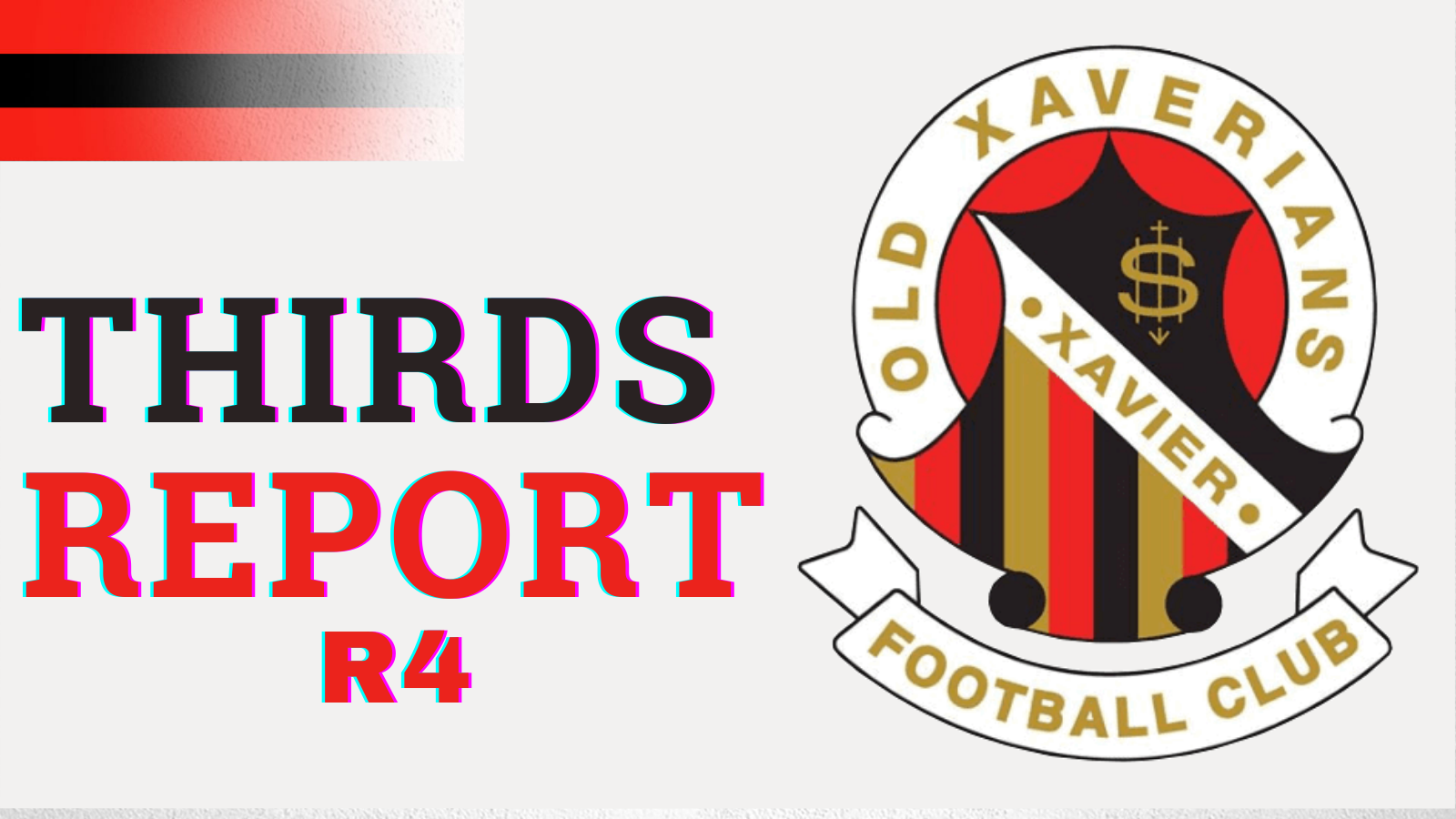 The U23s fell to SKOB in a tight one, but the Menages and Crocs both saluted.

The Red'n' Blacks failed to capitalise on strong first quarter and this proved costly as SKOB edged its way back to level things up at the lemons. The Kevin's proved more effective in the final term as the Xavs fell to their second loss from four outings.

Truck Speakman was best for the vanquished and Charlie Niall was the only Xavs to find the big sticks twice in the low-scoring affair.

The unbeaten Menages put St Kevin's to the sword on TH King, racing away to a 50 point victory.

The victory moved the unbeaten Xavs to second spot behind old enemy Old Melburnians and confined the previous league leader SKOB to third. Next week sees a return to Stadbroke to meet with Uni Blacks, who are one-and-three on the young season.

The Reptiles had a rare home and away Sunday game, travelling to Gary Smorgon to play AJAX.

Not much fun, as it transpired. The Jackers booted 8.3 to nothing in the first term, which is double that the 'Diles had conceded in the first three games.

Things improved slightly after the first break, but it was a battle the Reptiles were never going to win after the poor start.

Next week, the Lime Hose head back home to tackle fourth placed Fitzroy, which is batting .500 on the young season.