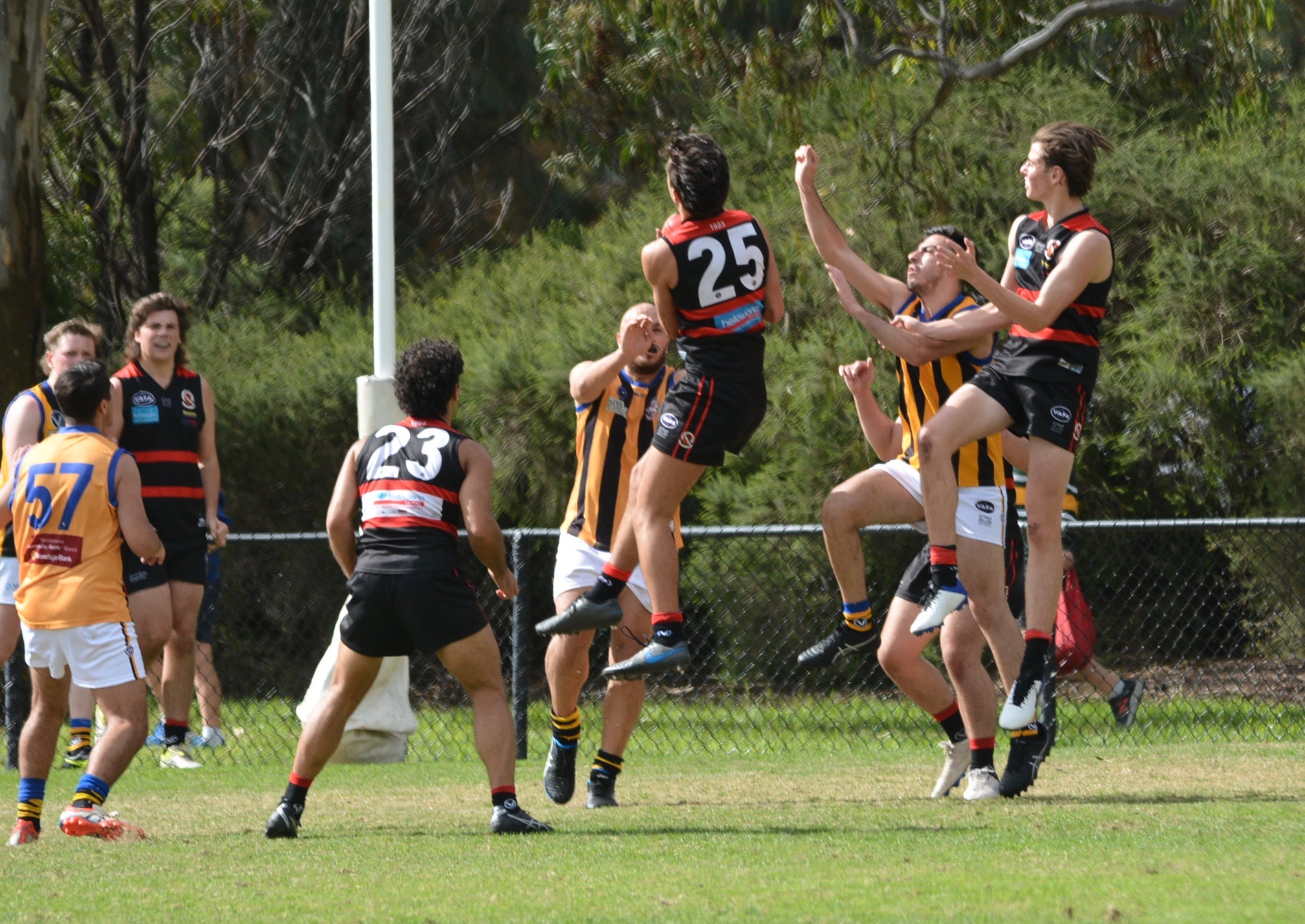 All three OXFC Thirds teams turned out on Burke Road for Round 3 and all saluted with aplomb.

Delany's Dynamos reacted to their Round 2 loss with a big, big win. a thirty-seven goal win to be precise. With the rotation policy forcing changes each week, it's difficult to determine which might be Tim Delany's strongest lineup, but this week's effort certainly proved that the Red 'n' Blacks enjoy a healthy superiority over some of the section's teams.

However, next week's trip to Righetti to meet SKOB won't be any easy task.

Michael 'Zulu' Cain booted six in a BOG effort as the 'Nages won by fifty-eight points over the Snowdogs. Veteran Josh 'Tooka' Hanger added three as the reigning premier continued its win streak.

An unbeaten St Kevin's awaits, in what should be a lively contest.

Seven goals from Luke Cotchett and three from Josh Lyon proved more than enough for the Reptiles to defeat Beaumaris at Stradbroke.

The Sharks couldn't score a goal for the game, as the Xavs' defence over-powered them completely.

Next week, a Sunday game at Gary Smorgon against AJAX.