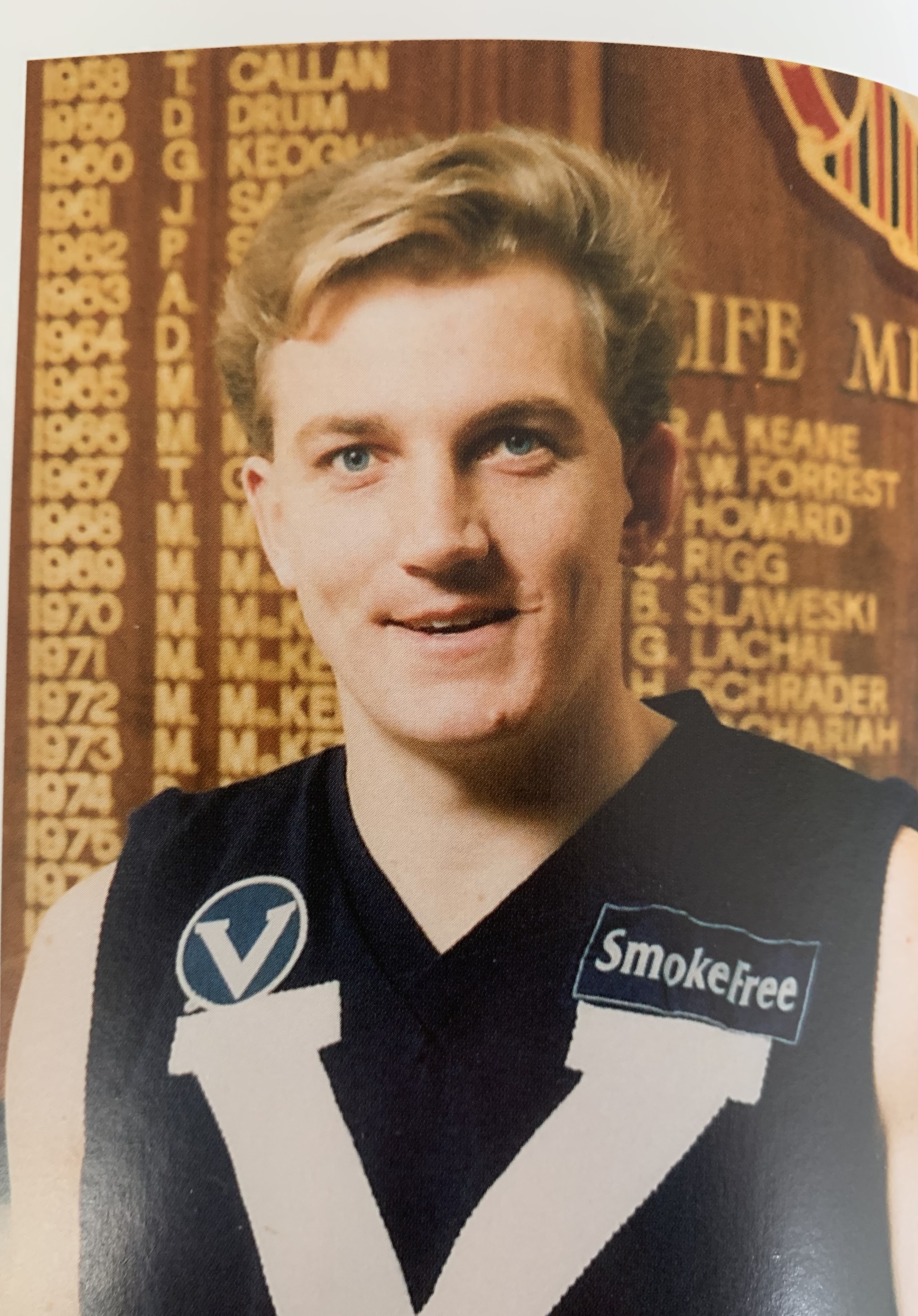 A true colossus of VAFA football for a decade between 1993 and 2002, Michael Blood did it all. The giant came to the Old Xaverians after a short stint at Old Melburnians, eschewing the opportunity to join the alumni of his alma mater St Kevin's. Drago played 198 games in the Red and Black wearing the Number 1.

Blood's playing record places him very securely on the top shelf of Old Xaverians. A six-time premiership player between 1995-2000, he was Club captain for five seasons from 1997-2001. He won three Best and Fairest Awards, was twice the winner of the Jock Nelson Medal for best afield in a Grand Final.

Blood represented the VAFA with distinction on many occasions and has been inducted as a Big V Champion.