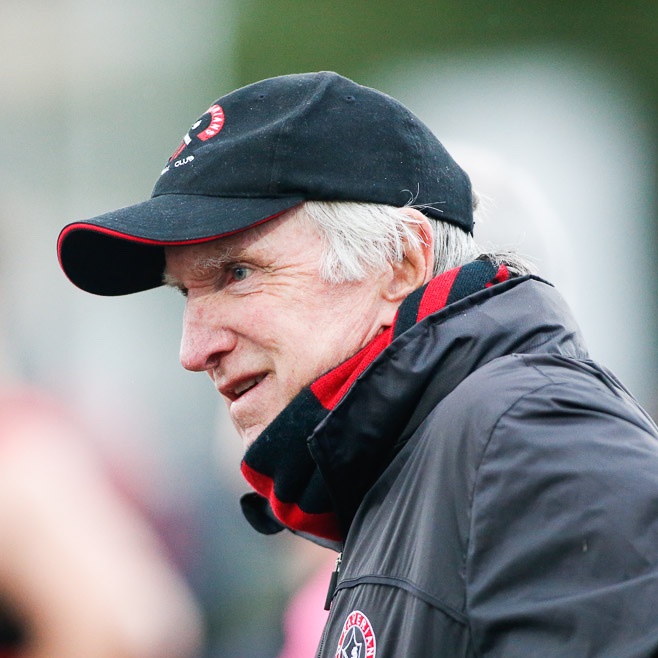 Jack Bowen played 131 games for the Red 'n' Blacks and represented the Big V before his career was curtailed through injury. While many walk away after retiring, Jack became more involved, with his family business Bowens sponsoring the club. Jack was elected President in 1972 and served for four seasons. During this time, the club was at a very low ebb and without the strength and wherewithal of Jack Bowen in the chair, the club might well have folded. He introduced the annual function for Xavier graduates to meet the Old Xavs, and over the next few seasons, the club recovered. Jack has been a constant at the Old Xavs for nigh on sixty years. He has earned the sobriquet The Owner because of his overwhelming support and his great work and generosity. Jack is a 'man for others' and happily, many of those 'others' support the Red 'n' Blacks.