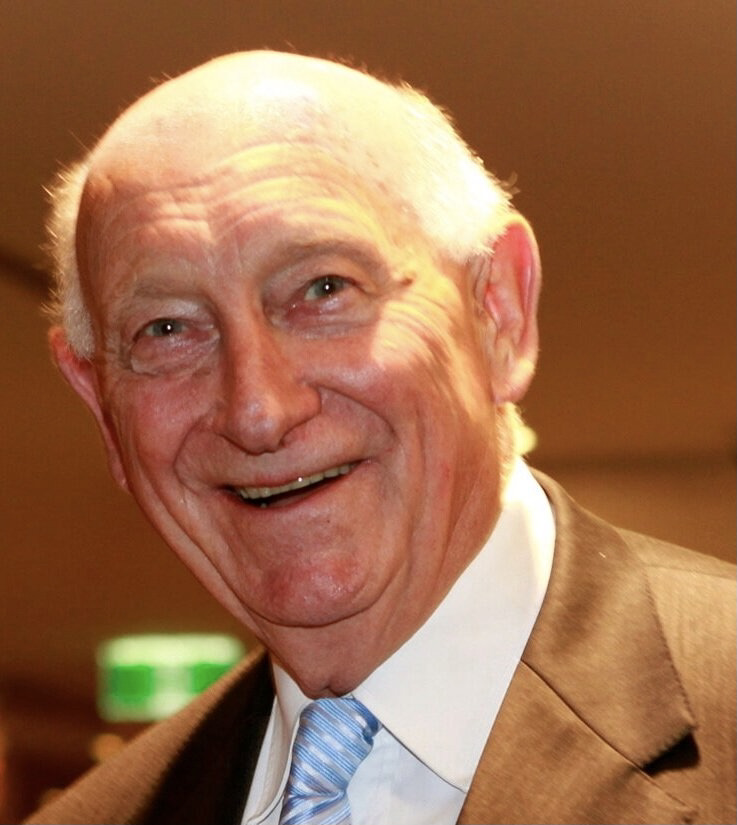 Bill Carroll graduated from Xavier in 1952. He played 120 games with the Old Xavs, though regular hamstring injuries prevented him from quite a few more. A long-kicking full-back and sometime ruckman, Bill served the club well on-field. Off the park, he was a regular on the OXFC committee. After hanging up the boots, he coached the Reserves from 1963 to 1966, his team winning the flag in both ‘64 and ‘66. Bill was President in 1968 and again in ‘69. He returned to that role in 1985, before making way for Robert Ralph.  His law firm, Carroll & Dillon, where he worked with John Dillon, father of club life member Andrew was a longtime corporate partner of the club and through the years, it employed a number of Xaverian law graduates as articled clerks.