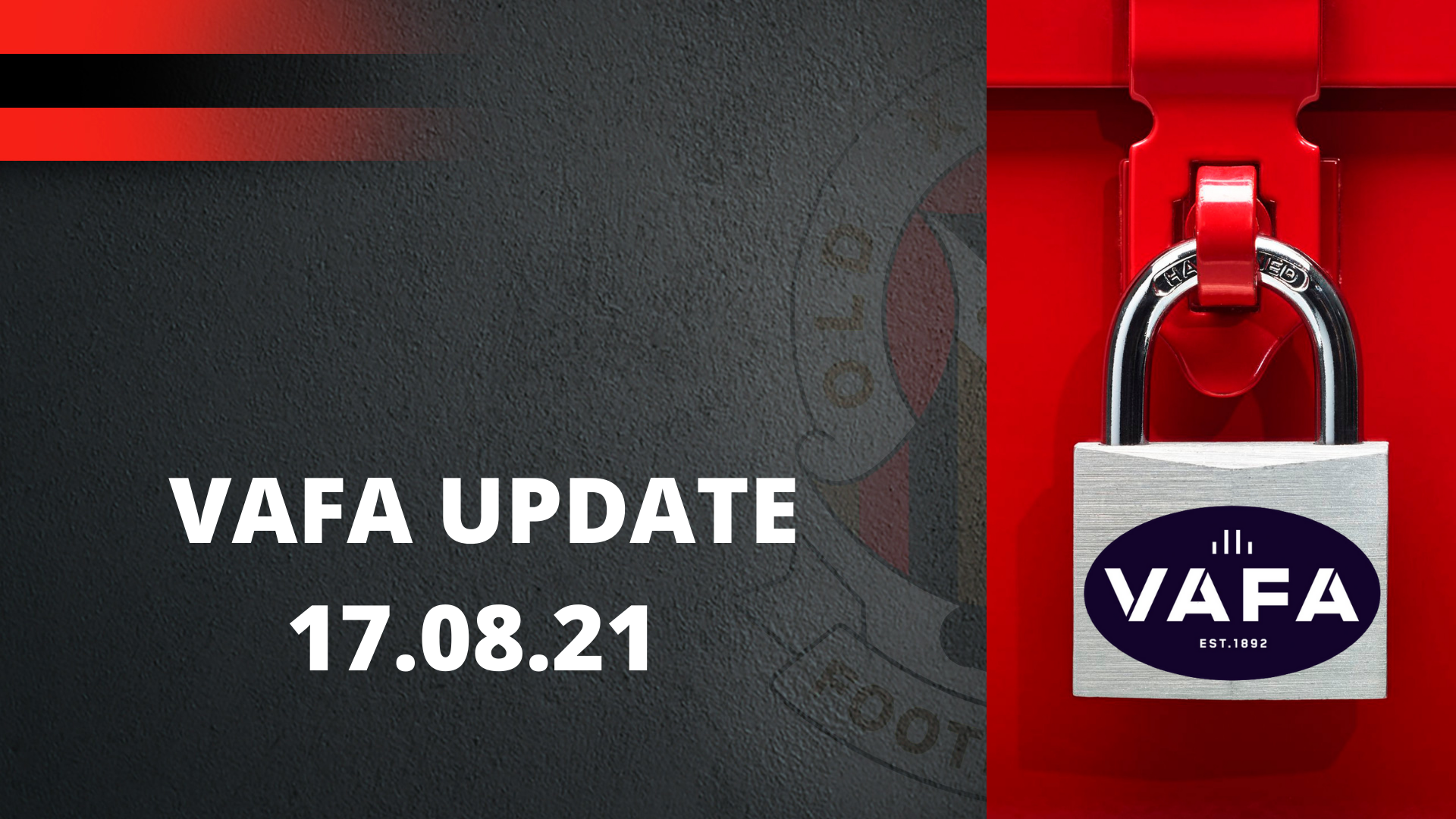 The Victorian Government have been extended to midnight on Thursday 2 September.

If the curtain is lifted then, the earliest possible football action will be the weekend of 4/5 September.

That return-to-play decision will be made by the VAFA when the Government and AFL Victoria give the all-clear for resumption.

The VAFA Board met last night and some determinations were announced today.

1. The home and away season is over.  Any further games to be played in 2021 will be finals.

2.  The VAFA is still committed to full finals series in all comps (four teams, three weeks), though U19 3s is a six-team series.

3. It is possible that games could be scheduled for AFL Grand Final weekend (most likely Friday night and Sunday), if required to finish the season.

4. Decisions on promotion and relegation have been postponed until after the finals to allow further consideration of its various competition structures for 2022.

5. Clubs participating in finals will be polled about their favoured resumption time.  Presumably, these options will be immediate restart or a week's lead time.

6. The VAFA Board will meet again on 30 August to consider updated circumstances.

From our reading, the VAFA has left every option open - for now.

With finals in the Thirds competition and in sections Divs 1-4 already delayed, a full finals series for all comps will mean none of the customary staggering of games.

There are still many challenges ahead with grounds likely to be very hard to find.

Of course, it is possible that the Premier could further extend lockdown, which would further complicate (or massively simplify) the VAFA's options.

We'll keep you updated once we learn more.

Thank you for your continued support.