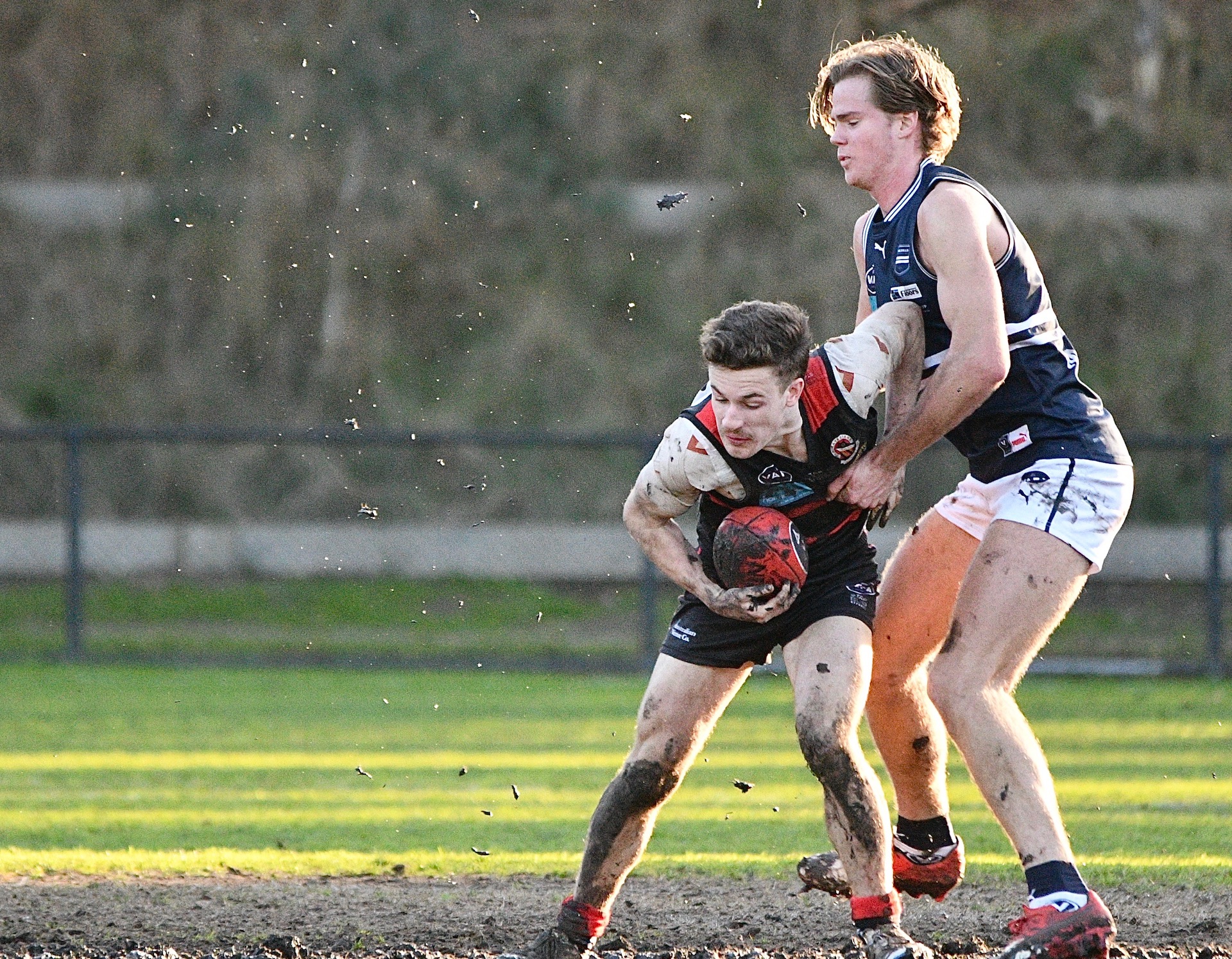 For some, It's time for a double bye, while others will play next week and then take a bye. The break will come at a good time for some teams, though perhaps not for all.

For three quarters, Old Xaverians had the better of St Kevin's at Moonga Road yesterday, outscoring them 47-29. Unfortunately, that advantage was only half that required  after the home team had mauled the Red 'n' Blacks in the opening term.

Kev's used the wind and the strange-shaped ground to good effect from the outset, while nothing seemed to be going right for the visitors early in the game. The Xavs' work-rate and the output built over the course of the game, and early in the final term, looked some chance of snatching the win. It wasn't to be. The Tricolors ceded little in defence and when they did, the X-Men lacked composure near the sticks.

Highlights for the Xavs were few and far between. Schoenmakers was rock in defence, Stavrou and Robinson never flagged in their attempts to lift their team, Ayton-Delaney played his best for the year, and Jordy Troiani returned to the senior team for the first time in nearly three years and showed quite a bit.

Two weeks off, and then a seven game run to the finals. Uni Blues and Collegians are hotly contesting Xavs' fourth spot, equal on points, though well behind on percentage. The Xavs have yet to hit their best with any consistency, and much work is required if the Xavs are to match it with the section's best.

In a game that rarely reached great heights, the Xavs began well and then shut down the Kevins in an old-fashioned scrap. Chopper Handley booted two and was again in the best, joined by a quintet whose tally of club games added together doesn't equal that of the great man. In itself, this a great sign, as the young brigade stakes its claim to be a big part of the club's future.

Melanie Clarke was best and May-Anne Jessup and Sarah Anderson booted three apiece as the WOX were too good for St Mary's Salesian. It was a big win for the Xavs, and there were no shortage of key performers.

The WOX 2s had a strong win over St Mary's Salesian, holding the Saints scoreless. Both clubs have struggled with numbers this season and it is to SMS's credit that they found the numbers. It was the Red 'n' Blacks' first win of the year.

Xavs struck early and maintained their ascendancy all afternoon against a mid-ranked Caulfield Grammarians. Bye Walford was best, and Tom Silvagni and Dec Fitzgerald kicked three apiece in the 53 point win at Stradbroke Park.

Billy Curtis was best and Michael "Zulu" Cain and Angus "Cliff" Clavin were in the goals as the 'Nages rolled the Skobbers.

The Reptiles remained unbeaten with a solid win over the Jackers.