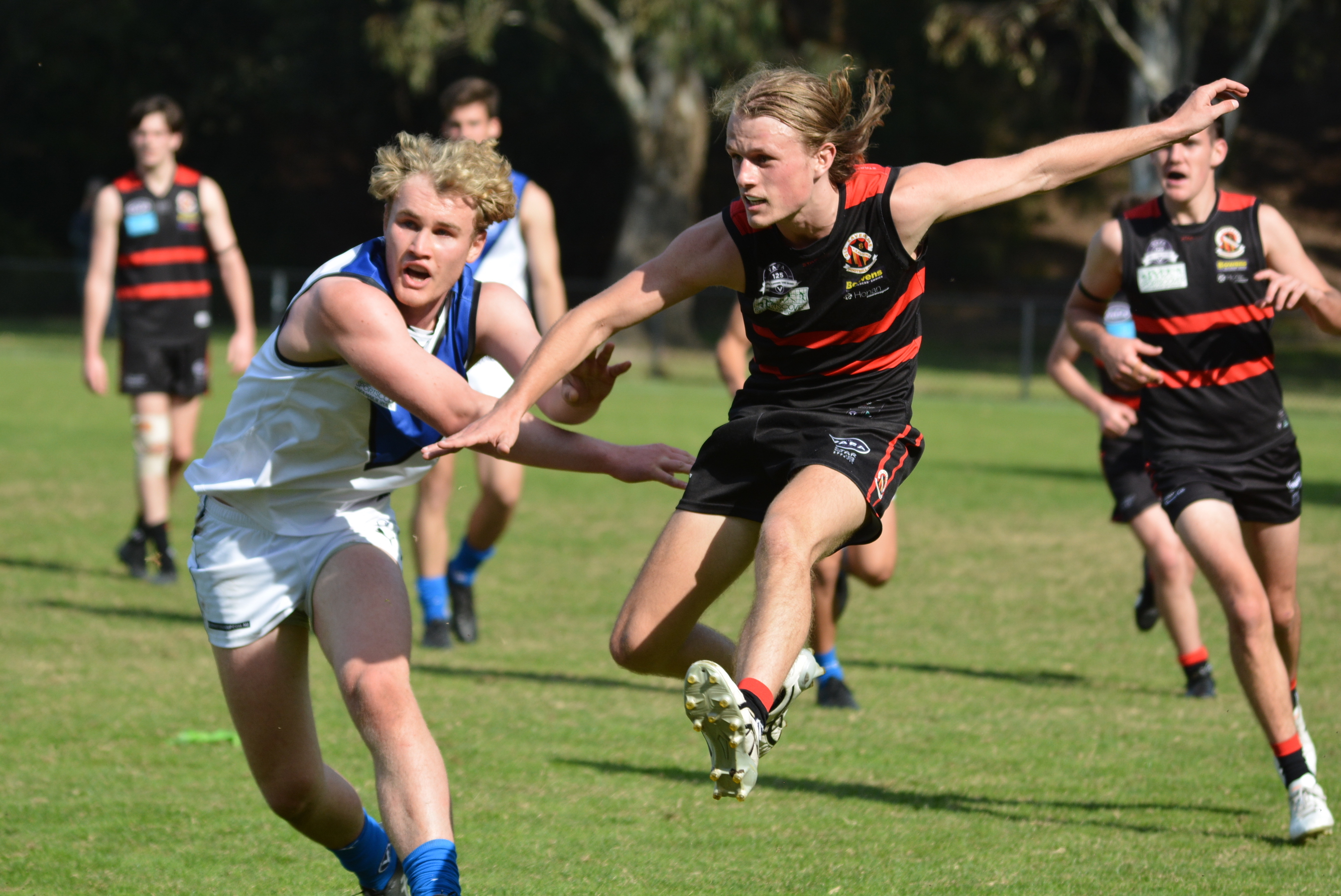 The three U19 teams all registered Ws at Stradbroke Park. The future is looking bright.

Williamstown CYMS provided Rushy's Rookies with strong opposition all afternoon and threatened in the final term to seize the points. The Red 'n' Blacks were not to be denied, and kept their cool to retain their unbeaten record.

Williamstown started very well kicking the first three goals before OX could get their hands on the ball. We responded with a few quick ones and went into quarter time with just in front. Another week of wayward goal kicking made the game an arm-wrestle with Xavs unable to break away. Williamstown came late, but we were able to stave them off and come away with a satisfying four points.

Darcy Feutrill's pressure and hardness around the ball showed the way and provide real spark. Charlie Westcott and Jed Feneley were strong in defence, while Lachie Ford was class around the stoppages - as his unrelated namesake senior premiership captain was for so many years. Dante Visintini was a tall target up front and competed well. Sharpshooter Harro Bell booted a smaller bag of four this week, but he is ever-dangerous.

Next week, the unbeaten, second-placed Xavs head for the Snake Pit, where they will meet a determined St Bernard's, who are two and two and in fifth spot.

See here for great U19 Premier pics from Kim Fenely

Batty's Boys moved up a section this week and there was to be no settling period. Unbeaten Uni Blues came to the Burke Road Bowl and were not about to let the new boys push them around. A fine contest ensued and the result was in doubt until late in the piece when Oliver Tehan booted the winner.

A colossal effort from the team today.

It was a hard and hot game from start to finish, with both teams putting in a commendable effort all day. After Uni started well, the Xavs worked their way into the contest, led by Charlie Anderson and Sam Asdagi in the middle. Uni were a great transition team, however our defense stood up, lead by Seamus O'Shannassy, who took several intercept marks.

The forwards were accurate in the clutch. Charles Knott, Declan Fitzgerald converted when direly needed, and with one of the last kicks of the game, Oliver Tehan ensured we got a deserved victory.

Next week, it's off to Brindisi, a postage stamp of a ground that should not trouble the Straddy denizens. St Bede's/Mentone Tigers are 2-2 and will provide their usual strong opposition. Batty's Boys sit behind only Mazenod, which has a date at Crawford Oval next week.

Dom's Dynamos jumped the Snowdogs early and kept them at bay all afternoon.

Nick Dobbyn was best afield in the eight goal win. Five players kicked a brace in a satisfying win for the Threes.

Next week, a trip for the top-ranked Red 'n' Blacks across the Westgate to meet in-form Williamstown CYMS. Any win there is a good one.