Terry hangs up the bucket

Terry hangs up the bucket 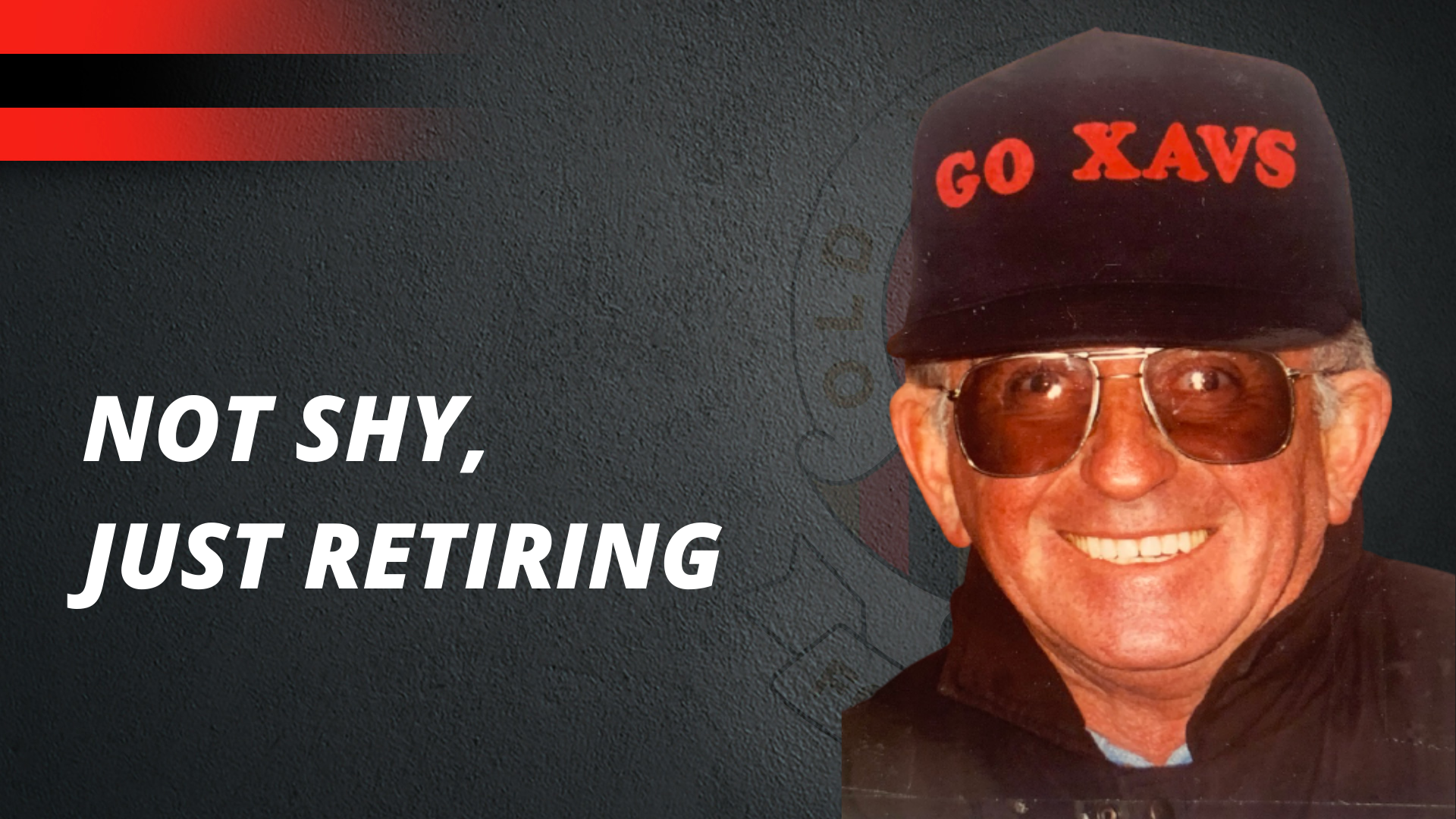 Legendary Team Manager Terry Landrigan, 83, has filled his last bucket with Snakes Alive and mixed his last batch of cordial.

The great man, who has ruled the Xavs’ senior locker-room for a decade, has chosen to step away from his role at training and on matchdays.

“I loved the job. I had two sons play at our club with a fair amount of success, but in reality, all the young men who have passed through the doors are my boys,” Terry told oldxavs.com.au.

“This club has been incredibly generous to me and given me and my family so many great experiences through the years. Yes, I’ve put a bit back, but it has truly been a labour of love. If I’ve made a difference, making our club a little better, a little stronger, then that is the greatest reward.

“I’ve consulted with my family and with my doctor, and there’s general agreement that the time is right. The medicos tell me I have issues with hydration, so maybe a few post-game convivial ales will help with that.

“People mightn’t realise that while I’ve been buzzing about the place almost every weeks for ten years, I haven’t seen much footy, and missed most of the after-match. So I’m delighted to be entering another phase, where I can watch our teams, and celebrate some big wins.

Terry, of course, has been through many phases. Banned for life from playing football in an accident that involved teammate Hooks Nelson, a crazy umpire, Archbishop Mannix and eventually Pope John Paul II, he arrived at the Old Xavs in 1989.

Most who were around the club in those days would remember Tezza donning the beret, aviator sunglasses, and Driza-Bone, looking like a veteran of the Spanish Civil War-cum-Man from Snowy River.

While supporting sons Tony and David, he also cut his teeth at managing the team, doing his apprenticeship under the watchful eye of Ray McLean.

Then Terry decided motorbikes were his thing and was seen in leathers and a helmet around the club.

More recent arrivals will be more familiar with Terry’s summer look – all suntan and beach biceps, carrying van loads of equipment to camps and away venues.

“My retirement will enable me to do a few things. First up, daughter and son-in-law, Andrea and Simon Hunt, have relocated to South Yarra, and I need to install the helipad on the roof, right next to the Sky Bar. Tommy Anderson is delighted that he’ll be able to land the chopper a bit closer to Toorak Park.

“Just as important, I’ll be involved in the design stage of the Toorak Park redevelopment, ensuring that the new pavilion offers a much larger space for the Terry Landrigan Centre of Excellence,” he said.

“I’m still on the Malvern Star at least two hours a day and up to four, weather permitting, so I’m pretty fit and active for a fella my age. But it’s time to step down as TM,” he said.

There was an immediate reaction from around the club when news of his departure leaked earlier in the week.

Senior coach James Byrne, who has dubbed the great man “Heart and Soul” said that his absence in the rooms would be missed. “He’s been a great help with his counsel and his dedication,” Byrne said.

Many players also thanked Terry for his efforts, extending their thoughts via phone calls, text messages and notes on social media.

President Matt Cosgrave said that Terry deserved the accolades. “He’s worked tirelessly, inspiring players, volunteers and administrators over a long period. We remember the enormous ovation he received when his life membership was announced a few years ago.

“Everyone at the Old Xavs loves Terry, and there are many from other clubs who feel the same way about him. He is a true legend and we thank him for his tireless service. We hope he can now enjoy watching his beloved Red ‘n’ Blacks for many years.

“At the same time, his departure leaves us with a very large matchday hole, so I’d love to hear from anyone interested in assuming the role, or parts of it,” Cosgrave said.

If you are interested in talking about the senior team manager’s role, please contact the President at matt.cosgrave@colliers.com