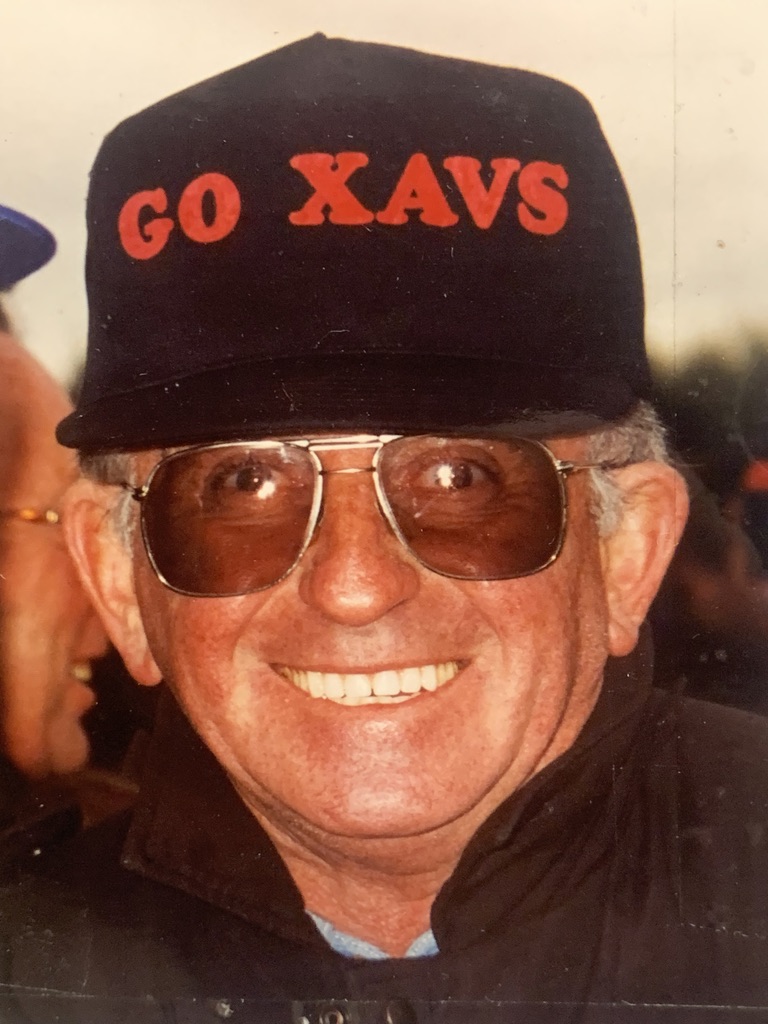 Terry 'Lemon' Landrigan has been a long-time volunteer with the Old Xavs, most recently as Team Manager of the senior and reserves team. His dedication and precision ensures our teams hit the field looking magnificent. His Toorak Park office, known widely as the Centre of Excellence, houses his extensive collection of OXFC memorabilia. Over more than thirty years, his untiring efforts have been appreciated by many in the VAFA community. If Jack Bowen is the "Owner", then Terry Landrigan is the "Father of the Club", as well as being the father of Tony and David, who played a combined 552 games for the club.

Since 1989, Terry has served as an interchange steward, reserves goal umpire, assistant for U19 teams, timekeeper, scoreboard operator, and club carpenter. He was the recipient of the William Denton Perpetual Trophy in 2000 and of the VAFA Award for Outstanding and Meritorious Service in 2017.