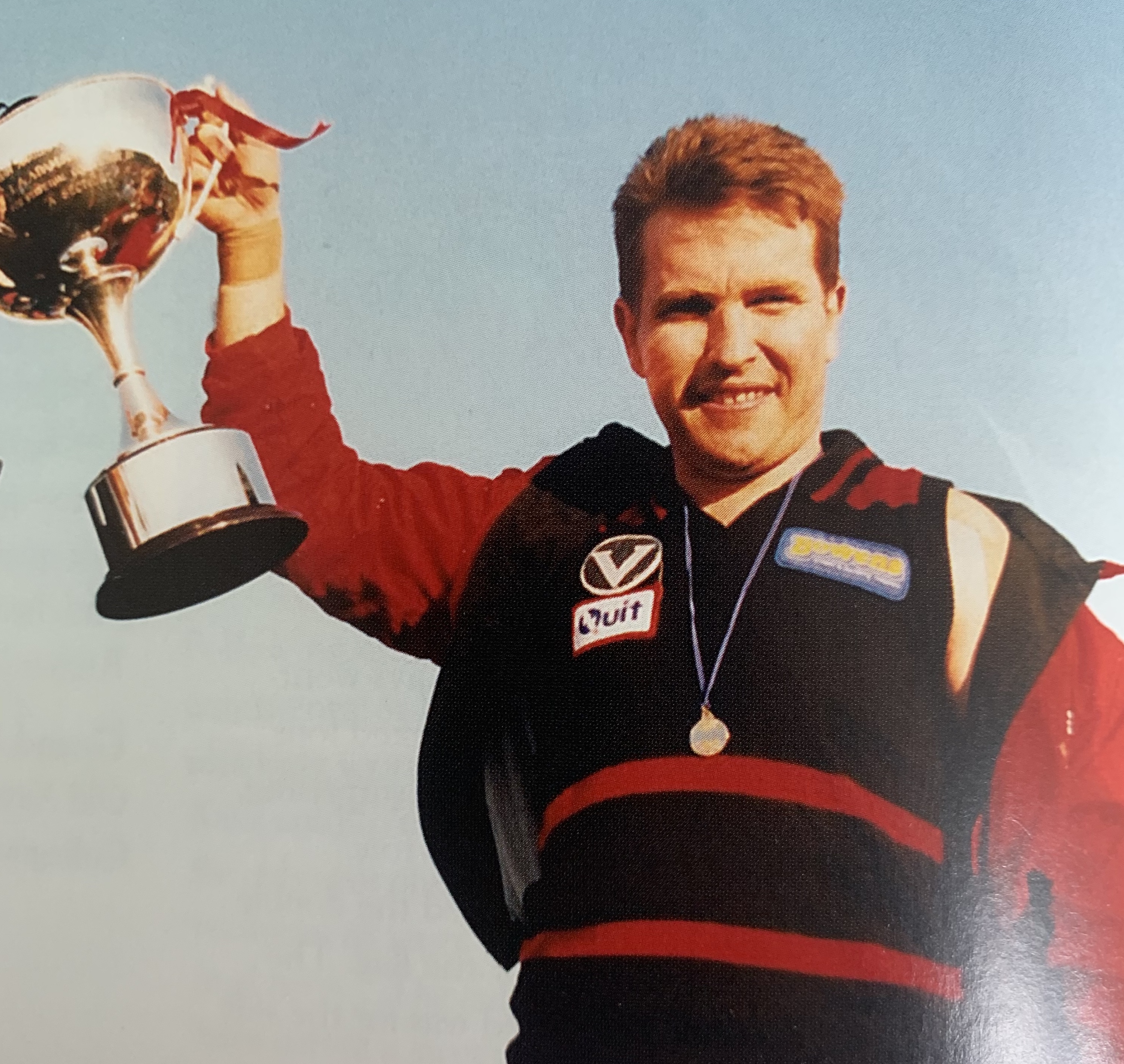 Matthew Hannebery has served the Old Xavs as a player, coach, selector, assistant coach, committeeman, football director, team runner and corporate partner. A dynamic and courageous player who played 32 VFL games with Footscray and 82 with the X-Men. Hannebery was appointed club captain in 1992, then coached the club in 1993 and 1994, both third placed finishes. Barry Richardson assumed the coaching duties in 1995, while Matt remained captain for the first two of the Big Six flags. His performance in the 1996 Grand Final, when he played on with a broken hand, has gone into Xaverian folklore.