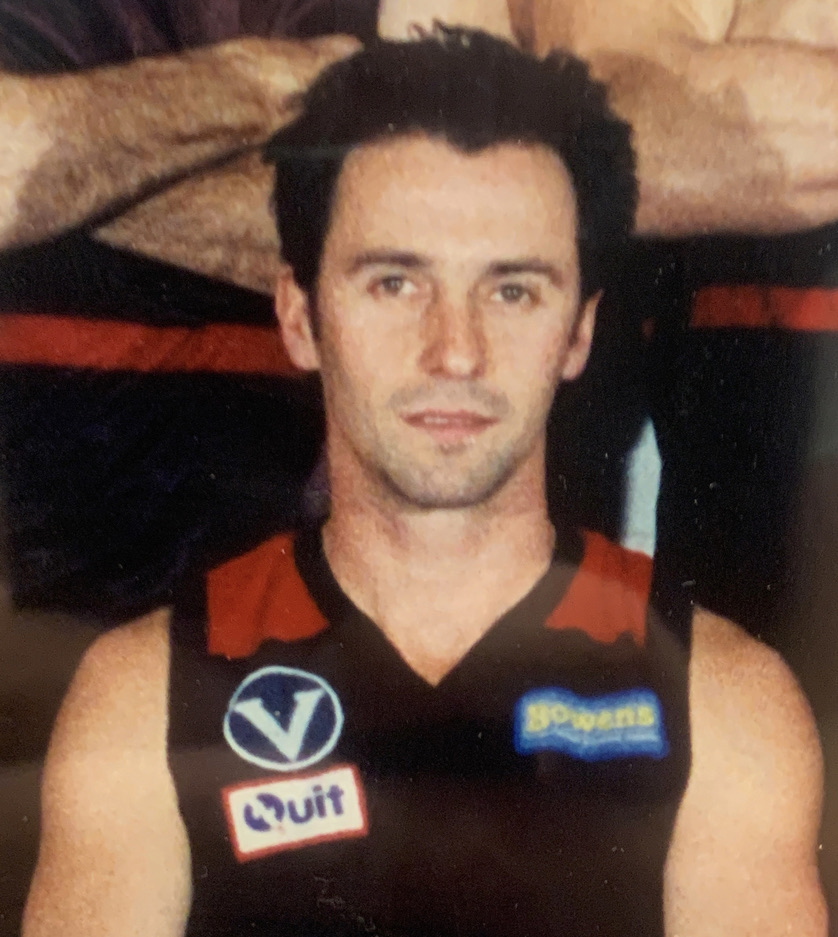 David Landrigan was a six time senior premiership player, despite missing the 1996 flag after a stint overseas. He played in his last senior premiership alongside his great mate John Bowen in 2003. He retired in early 2004, but had a change of heart and returned to play in the Crocs flag that season, alongside another great friend, Andrew Dillon. 'Chachi' was a skilful utility man, who could drift forward to be a danger near goals, but really excelled in defence where his slashing runs and tidy disposal created opportunity for others. After retirement, he had a stint at Caulfield Grammarians as an assistant coach, then took over Old Melburnians for one year in 2006. Returning to the Old Xavs, he was involved socially and then came out of retirement to boost the Crocodiles, for whom he was again a premiership player in 2017. He retired with 311 games to his name.