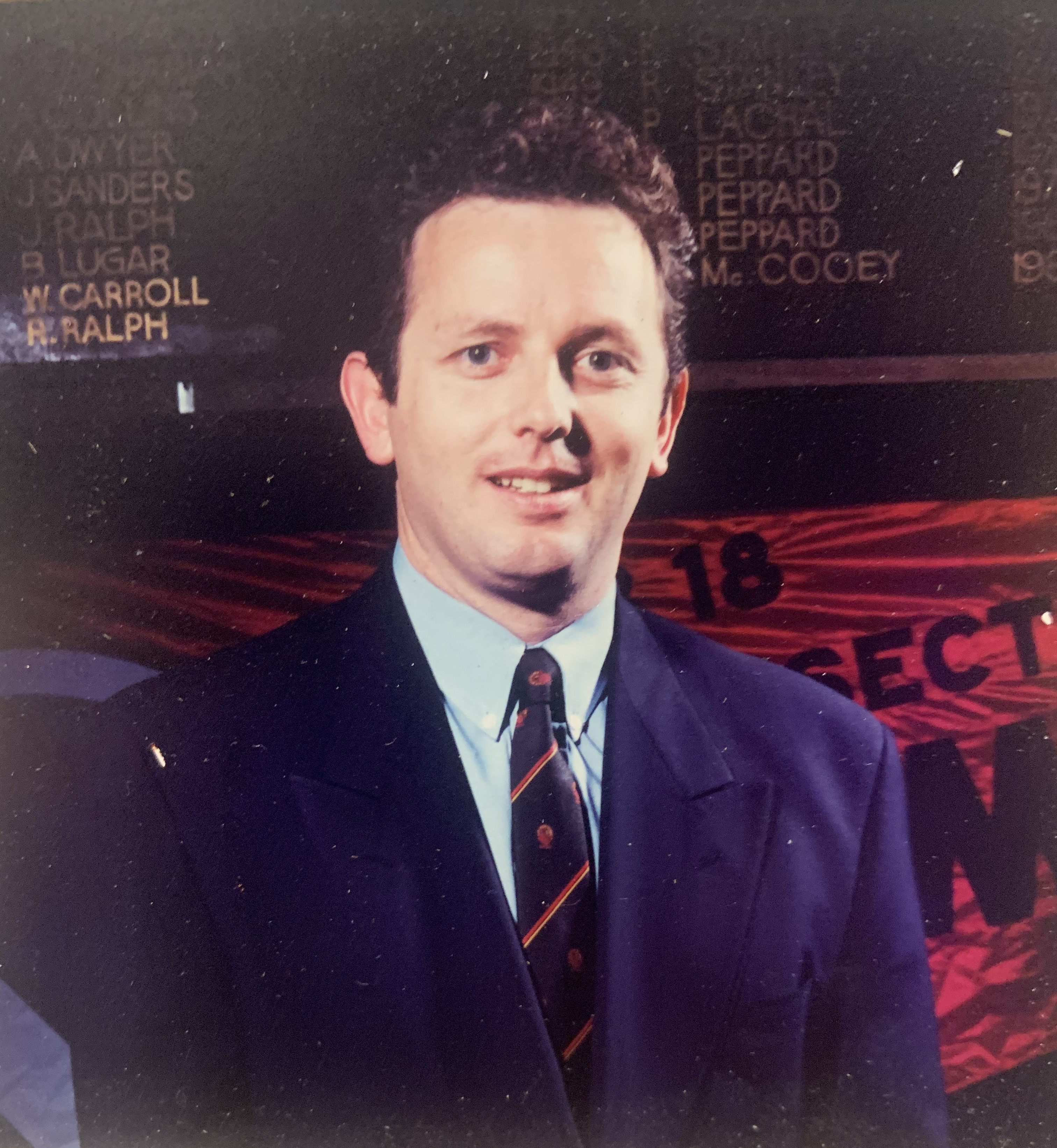 Anthony Ongarello served on the committee for many years, as well as playing intermittently for the Reserves and Crocs over a number of seasons. He served as vice-president and was secretary of the club for four years. Anthony was a prime mover in the club's move from Yarra Park to Albert Park, and then to Toorak Park. He spent much of his time liaising with councils to ensure Xavs had sufficient training grounds and facilities. The Ongarello tradition continues at the club with his children Anthony Jr and Sarah both playing with the Old Xavs.