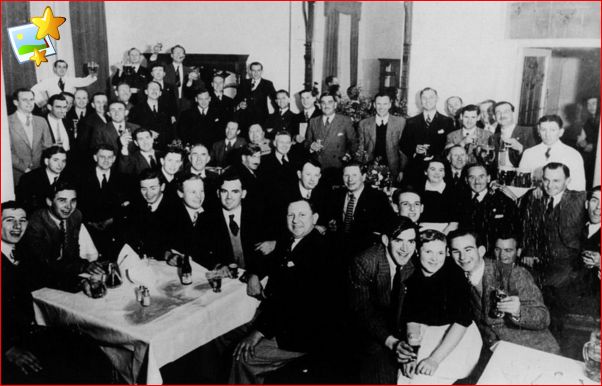 The Old Xaverians won their first post-war premiership in 1948, defeating Brunswick in a heart-stopper. Their return to A Grade was celebrated with a heart-starter or two at a smoke social.

"We won B Section after winning all three finals by less than 10 points.  I carried a knee injury into the finals and that "buggered" the rest of my career.

"In the prelim, Xavs beat Balwyn and best were Brendan Dooley and Jim Ralph," said the Amateur Footballer, ". . . played his usual wide and dashing game, creating havoc amongst the opposition."

The team arranged for a photographer to take a picture before the Grand Final but some players showed up late, and they just ran out on to the field instead.

Rumour has it that Peter Murphy's Dad took a video of it all, but no one ever saw it!